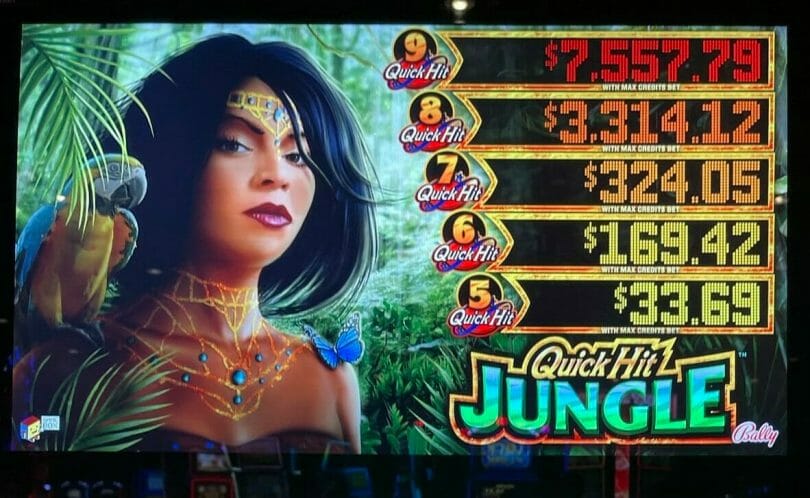 Slot techs are human. Like any other human, they can make mistakes. But when it comes to a casino floor, sometimes that means those mistakes can work in your favor.

I hear from people who have found these mistakes, such as the electronic table game that earns comps at the slot level instead of the table game level. I rarely come across these mistakes myself, and traditionally such mistakes are caught and found quickly.

I’m not sure how long it’s been this way, but at a casino recently I found a bank of Quick Hit Jungle/Volcano, which I enjoy playing. This casino has them at a $3 max bet level, and I’ll give it a go each visit. The bank had been relocated since last visit, but I found them and decided to play.

I tend to favor the Volcano theme over Jungle, so right after I sat down I prepared to move over to Volcano. That’s when I noticed the Jungle machine I had sat at was a $1.50 max bet, and the Volcano next door was $3.

It appears that when they moved the machines and set them back up, they accidentally set this one Jungle machine at a $1.50 max bet. However, it was linked to other machines for the progressives, and the progressives were still configured as a $3 max bet.

I decided to keep playing and see if I would win the progressives even though I was only betting $1.50 instead of $3, and lo and behold, I got six Quick Hits and won twice what I should’ve at that max bet because it was linked to games with a higher max bet.

Similar to how you should always play the game with the biggest progressives since if you win them you’ll have a chance at a better prize, in this case I had a chance at a higher progressive with half the normal bet.

It’s valuable to pay attention to what’s going on around you, and to have a passing familiarity with games and how they’re set up, because on occasion you can trip across an unusual scenario like this and be able to take advantage of it. It doesn’t guarantee you’ll go away a winner – you still have to hit one of those bigger progressives – but it can improve your chances of it.