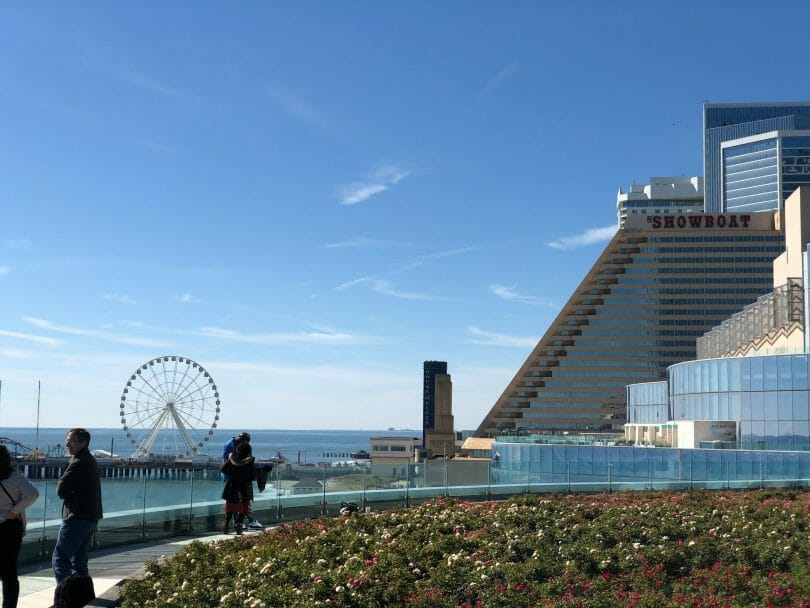 Having done payback comparisons for such markets as Connecticut and Nevada, one forum I was on was debating paybacks for a couple of the Atlantic City casinos and so I thought doing one for AC made good sense as well.

AC’s reporting is a bit unusual as the monthly reporting only gives you an overall number, while the annual reporting breaks down payback by denomination. So let’s look at it from both filters.

First, here’s the payback for December of each year listed below. This is overall payback across all denominations, and like any payback reporting the percentages below incorporates slots, video poker and video keno:

A couple of things jump out – one, Borgata and Harrah’s seem to have consistently better numbers than everyone else, who’s in the 91% and below range. Second, aside from those two, everyone’s in a pretty similar range.

Are Borgata and Harrah’s just better payback across the board? Or do they draw a higher limit player that pulls up their average? Let’s break down the denominations for the year ending December 31, 2018, which is the most recent report made available:

First off, Hard Rock and Ocean opened mid year in 2018, so this is not a full year of results for them. However, this included the summer months, where a good chunk of the play for the year occurs, so it’s a reasonable amount of data to work against.

Here, we can see Borgata fares extremely well for penny slots, a point ahead of the second place casinos, Golden Nugget and Resorts. A look over a few years of data shows that’s not a fluke – they’re consistently ahead of the other casinos on low denomination slots.

Borgata has a mix of older and newer machines, and in some cases have slots that date back to around the time the casino opened, and paybacks on older machines sometimes can’t go as low as newer ones. Whether that has something to do with it, or Borgata just likes to run a looser floor, the data bears that out.

Harrah’s is a bit weird, on the other hand, as its payouts overall look good, but the penny slots are at the bottom of the heap along with sister property Bally’s. The data for Harrah’s shows that was not always the case – it was competitive with Borgata for a long time, and it slowly descended to this level.

Ocean seems to be on the low end, both in the December 2019 ranking and the 2018 full year breakdowns. Their payback at quarters and dollars trail everyone else, and their penny payback is as bad as Bally’s and Harrah’s in the full year report. I’ve always felt like I’ve had trouble getting momentum at Ocean and if this data continues into 2020 I may understand why.

As always, I encourage players to use the payback information to their advantage – a percentage point improvement in overall payback adds up over time – $1 for every $100 gambled; $10 for every $1,000 gambled… it slowly adds up over time, even if you have the normal ebbs and flows of gambling.

Borgata has been the top performing casino in Atlantic City since opening, and its overall payback have been highest according to the reporting. Ocean has only recently begun to gain a bit of traction, and its paybacks also happen to be among the lowest, along with Bally’s, which has been the worst performing casino in recent years. Coincidence? Or do players truly sense the difference?