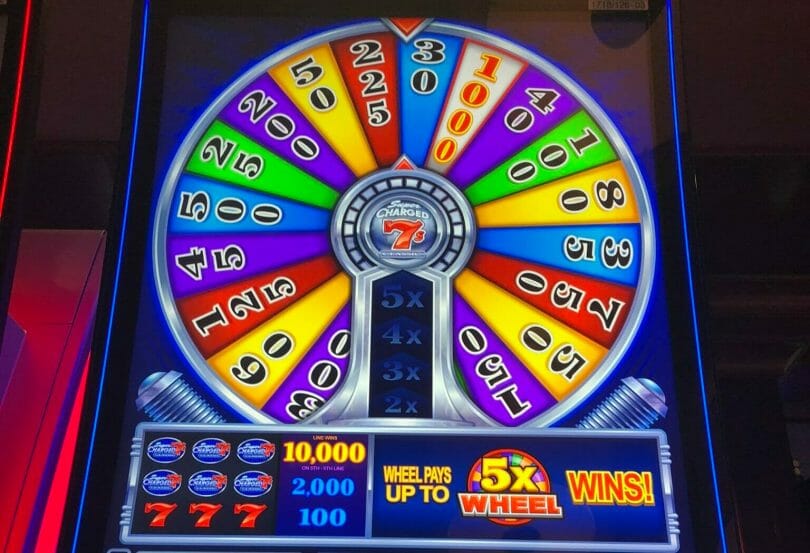 Ainsworth has a number of popular titles on the casino floor, and continues to have a place in most casinos. But they made a few decisions that differ from some of their other slot machine developer counterparts, and the end result fo that sometimes throws players off.

Today’s post is a simple one, but offers a tip for those playing Ainsworth games but find frustrating a decision to skip a step when you hit a wager button while a slot is still counting up.

On most modern slots, if a game is counting up and you hit the spin button, for instance, the count-up will jump to the final number. Then, you hit spin a second time to start the next spin of the reels.

By comparison, on many Ainsworth games, if a game is counting up and you hit spin, it briefly flashes the win amount and goes right into the next spin. In that way it only takes one button press vs. two to get to the next spin.

That may have been done to keep the action flowing quickly, but for those playing machines set up this way, it can be confusing or annoying if they didn’t catch that brief flash of what their win was.

If you’re trying to see how you ended your bonus, see if you hit your stopping point, etc., here’s what you can do instead.

This other game has lines on the top row and the wager down below. Hitting the lines button will do the trick.

Hopefully this helps you if you encounter an Ainsworth game and want to advance the counting up money to its conclusion without automatically moving on to the next spin.