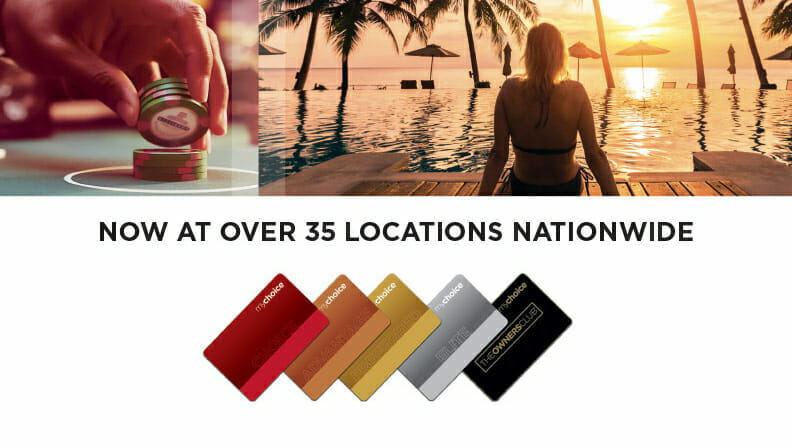 When I previously wrote up the mychoice comp program, I noted that their promised comps earnings rate minimum sounded quite low:

At a minimum, a player will earn at least $1 of mycash for every 400 Tier Points earned for Advantage, Preferred, Elite, and Owners Club

With $5 in coin-in per 1 tier point earned, that’s $2,000 for $1 in mycash. Many of their redemption options actually give you $2 for every $1 in mycash, which halves that number, but it’s still on the weak side compared to other national programs.

They seem to have discovered this, as they’ve launched a new program called Real Time Rewards. This is a new addition for higher tiers, and allows players to earn mycash faster by earning additional, instant rewards for their play:

That’s still a pretty challenging earnings rate compared to other programs, although combined with the baseline earnings it’s of course an improvement, presuming you can do that much play.

mycash also has an expiration of 6 months of inactivity, except for the top two tiers, which as long as those tiers are retained there is no expiration. That creates further pressure to maintain that balance.

One bright spot: The FAQ states they count all tier points, including rollover points, towards the requirements to earn mycash, so it appears multipliers and other such scenarios, if and when offered, would also help. Perhaps these scenarios are what makes it valuable for some players.

I certainly am never upset when programs work to improve their offerings, but from a surface level perspective it feels a bit meager on top of meager.

Are you a player at a mychoice casino? If so, how has this worked out for you in practice? Share your experiences in the comments!