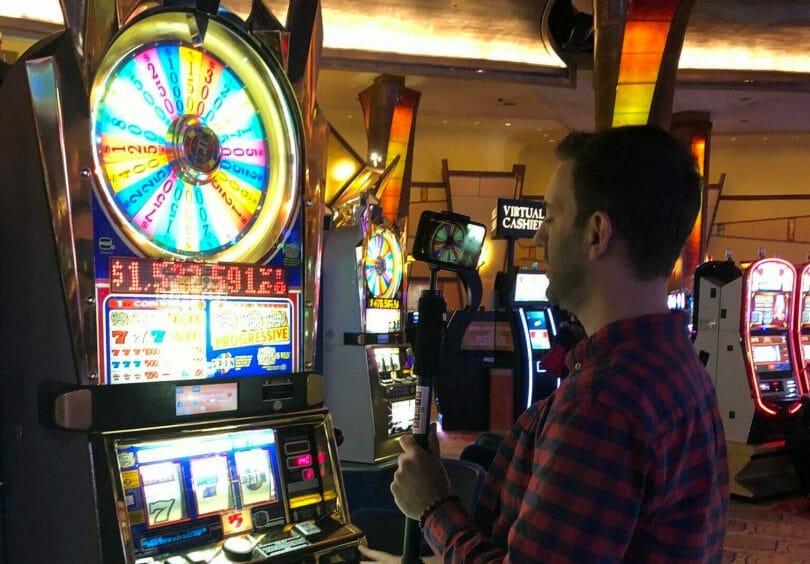 Today begins a new series on the site, Slot Moments. There’s a lot of slot machine YouTube channels out there, and many show the gameplay of various slots, providing some gameplay experience for those who want to get a feel for a game before playing them in the casino.

With the volume of video out there, there’s also some exceptional moments, and this series will highlight them.

Let’s kick off the series with Brian Christopher, who as of this writing has the largest following for slot machine videos on YouTube. Since Brian has launched his channel in the spring of 2016, he’s built of a very loyal following, and posts about a dozen videos and live streams each and every week.

Three years ago, he had hit a rough patch where he was about to kick off a full month East Coast Tour on a very limited budget, and had his YouTube channel taken offline by YouTube.

His channel came back online just in time for the first stop on the tour, in New York, and he did a live stream from there. Already having good luck, he went to a high limit Wheel of Fortune machine, and managed to get what was at that time the biggest jackpot of his life (if you want to jump right to it, it starts around 1:14:00):

You can see the emotions run through his face as he realized what he landed (initially thinking it was just a smaller wedge) – it’s truly an exceptional moment for a channel with a lot of exceptional moments over the past nearly five years.

Are there moments you love from a favorite YouTuber? Share them in the comments below and you might see it featured here on an upcoming Slot Moments post!