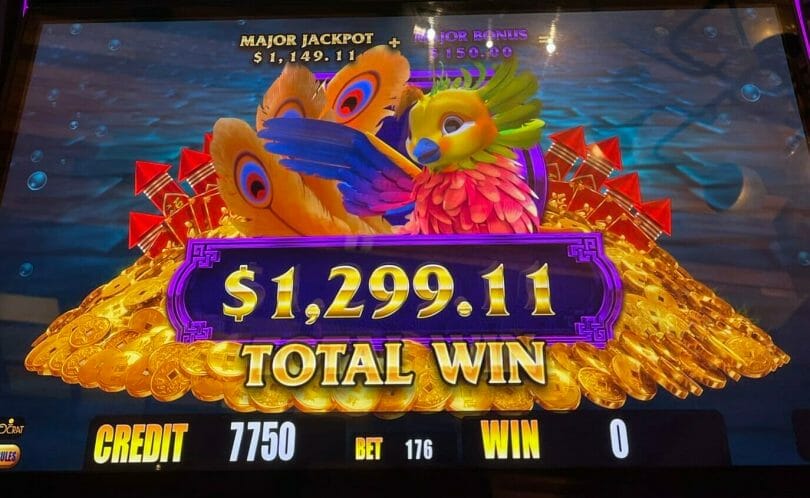 Building upon last week’s grand on minimum bet post, I wanted to turn my attention to jackpot handpays, and show examples of wins that were accomplished on small bets.

The reason I focus on this is to help players see what it will take. Because a jackpot handpay is an arbitrary number (generally $1,200 or above), getting one as a multiple of your win shifts with bet size.

So let’s look at a couple and see how it went down.

CT Slotters managed it by landing a progressive, in this case the Major on Lock it Link Loteria, for over $3,000. Progressives will certainly be one way a handpay is achieved at lower bet levels. My $1.76 handpay was also a progressive, albeit a smaller one, but effectively worked out similarly.

Here’s another progressive yielding a handpay at a $1 bet, this time on Ultimate Fire Link. And the machine didn’t play around – the Major landed on the initial trigger.

For Big Slotter, it wasn’t the free games on Cleopatra II, but the 5 symbol trigger on a 20 nickel ($1) bet that yielded the handpay, as the bonus only yielded 232 nickels but the scatter yielded 52000 nickels, to put it well into handpay territory.