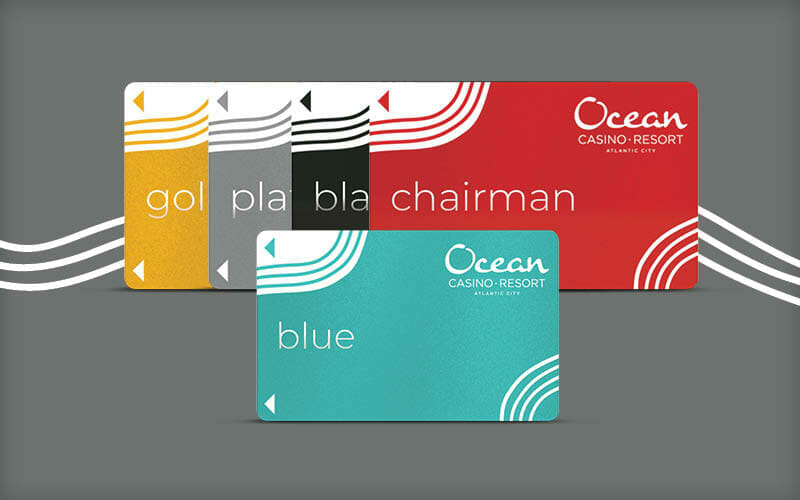 UPDATE 7/2/21: Ocean has changed its program… again. Click here for the latest version of the program, which launched as of July 1, 2021.

Ocean Casino is still a relatively new player in the market, having only been open a couple of years now, but they’ve been among the most aggressive in making changes to their players club over time. These changes have ranged from the benign to the controversial; at one point they expired a lot of peoples’ comp dollars without warning, for instance.

The changes this time around are more incremental than anything else, but there are some significant changes involved.

Ocean’s tier cycle has been reduced (at least for now) from 12 months to 6 months. This is a trend that’s been happening in other casinos, which basically requires more frequent visits.

Players who would tend to visit during peak season (Memorial Day through Labor Day) will now have a more difficult time maintaining their status in the short term, as the next reset will be on July 1.

Players who visit regularly throughout the year may not see this as too challenging, but Atlantic City does have some seasonality to it.

This also puts it at odds with the other casinos, who tend to favor 12-month cycles, including Mlife Rewards and Caesars Rewards.

With the change to six months, the tier credit count required to make a new year was reduced, but not by 50 percent. Here are the 2020 and first half 2021 goals side by side:

For Gold and Platinum, you basically have to gamble about a third more per year to maintain your status across two six month cycles vs. the old goal. For players who were on the bubble already, that can be a tough slog, especially when things like free parking aren’t promised as a regular tier perk until the Gold level.

You also qualify for deeper discounts at certain shops and restaurants as you tier up, so that will reduce those for some players. Retail discounts is new to the chart on the 2021 chart, but may have existed before January.

Platinum continues to promise lounge access for $10 in comps per person (up to 2). For awhile, with COVID restrictions, that perk wasn’t available to Platinum, but it’s being marketed as a perk again, which hopefully means it’s back.

Ocean is advertising that dining dollars and comp dollars are being combined, and supposedly you’ll earn comp dollars three times faster. In Ocean’s early days, comp dollars were promised to always earn at 2x or above (and many times at least 3x), which then led to the comp dollar cancellation.

With this change, it seems like the ability to earn comp dollars increases again, and can now be used for either food or shopping.

Comp Dollars Can No Longer be Converted to Free Play

This can be a bummer for those who preferred to use their comps in this way.

It looks like a devaluation of the program overall, counteracted a bit by the ability to earn comp dollars a bit faster, and since comp dollars are valuable at any level, that will likely help lower-level players some.

Ocean’s offers do seem a bit on the generous side for a play level in my experience, so this might be allowing them to keep up the gifts and free play instead of cutting back in that aspect. Since those types of offers are designed to drive more player visits, that may not be the worst idea.

UPDATE 2/6/21: A Twitter follower of mine sent a picture noting some other changes I did not hit on in my piece, that was displayed :

A lot of the higher-end perks that were available were also stripped away, making the Chairman reductions pretty impactful. After spending time recruiting these bigger players, they stepped it back, so it will be interesting to see how Ocean’s performance evolves from here.