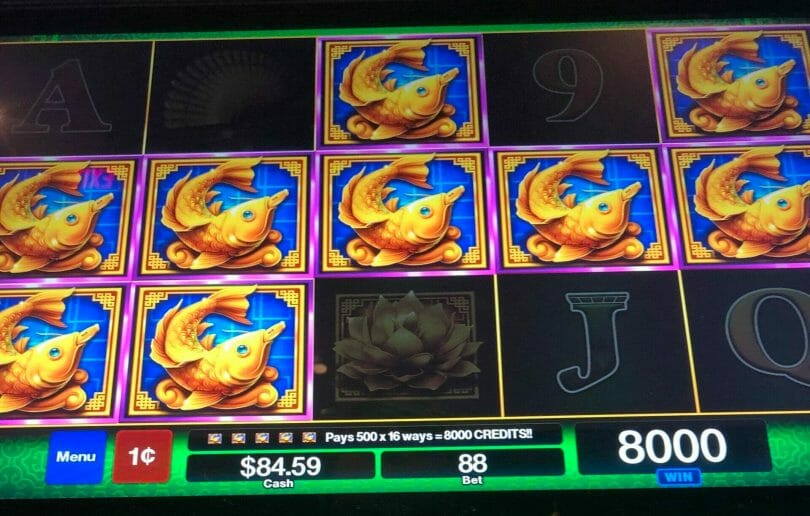 AGS’ Da Ji Da Li series of games will look and feel familiar to slot players, because for most of the series it’s effectively their version of the 88 Fortunes math model. All the standard pieces are there for most of the games in this series (there is an exception I’ll cover in a bit):

In some ways it makes sense that AGS has a game series like this, as they tend to favor more volatile formats that can lead to big wins.

I have found though that for whatever reason, at least for me, the structure of these games seems to favor me winning bigger when I do line up something nice, and getting those less often, than on an 88 Fortunes style game where I will get smaller hits a bit more often.

It may have something to do with the way the symbols are clumped and the payouts structured; even though they have similar foundations it does not mean they will necessary play and pay exactly the same – the general foundation can be similar but the mathematical implementation work a bit differently.

While there are four titles in the series, one, Sapphire Wins, stands out as being different than the other three, with it being a line-based game 40 lines and an 80 credit bet increment, but still has the linked Da Ji Da Li progressives. The pay tables are also quite different, with lower pays on many of the line hits but the ability to win on two across on some symbols, for instance.

There’s also a difference between the bonus rounds:

Here is RandomSlots with the Sapphire Wins game and pay table screen shots: