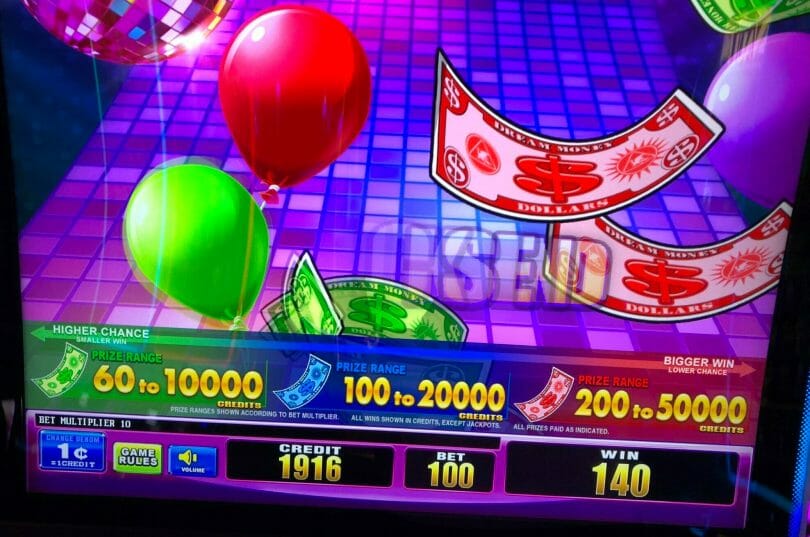 The term Winning Spin is a bit misleading, however, as “winning” invokes getting back more than you put in, and that’s not the case.

A winning spin can return part of your wager and still be considered a win by a slot machine, count up the credits, play winning music, even display encouraging language like “Winner” or “I Like Your Style” or something like that, even though you only won half your bet back. These are sometimes known as false wins.

The concept of Hit Frequency counts any winning spin, even false wins, as part of its calculus. This is because a slot machine is designed to retain as much as 15 percent of wagers over time, depending on the payback setting selected by the casino. But to just have a ton of losing spins and the occasional true winner could get boring.

There are certainly slots like that on the casino floor, especially mechanical reels and games in high limit, but since slot players are as diverse as the games that serve them, there’s a variety of game types that use smaller wins and false wins to make the game feel more active and engaging.

Quite often these are lower volatility machines, although higher volatility ones do their fair share of false wins and other winning spin scenarios to ensure players remain interested.

So, by definition, a winning spin is one where you get something for your wager, but it doesn’t mean you’ve received your whole bet back.