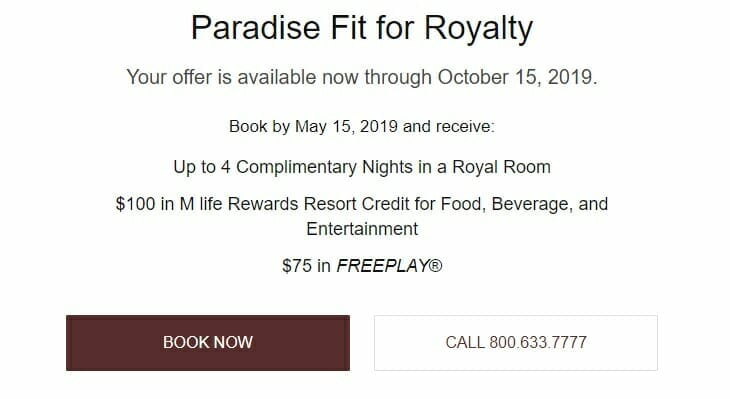 Casinos used to offer cash to bring players back, but there was always the risk that players didn’t actually play, and there have been other ways to provide offers that encouraged players to play.

Those are now the dominant forms of casino offers found today. They primarily come in three basic forms:

On a rare occasion, the Free Bet or Match Play offer is play until you lose, a more generous version that lets you keep trying until you lose your slip. I’ve never personally encountered one, but I’ve seen accounts of them here or there. But for the most part they tend to be provided as one-time use opportunities, which helps the casino to be able to better quantify the cost of offering such a promotion.

Most often a casino will tailor such offers to be based on a player’s normal playing patterns – free play will be awarded to slot players, and free bets or match plays to table players. On rare occasions, you can get awarded both – that has been my experience with The D in Las Vegas, although I tend to play both pretty frequently myself at that property.