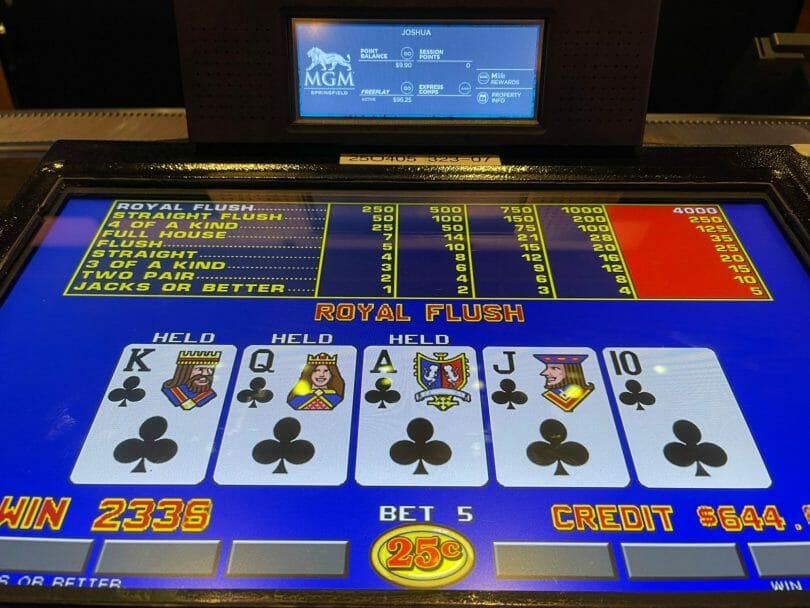 This is an example of a post I saw on a casino forum recently. I’ve removed the specifics to focus on the assertion because the casino that happened doesn’t really matter for this example:

Had the worst run on Jacks or Better video poker today today. Played well over 2 hours on the same machine, not one four of a kind. This has never happened, anywhere before. Something tells me these poker machines have been dialed way down.

So, did they do that to him?

STATUS: No, just a case of bad luck.

Bad runs aren’t unusual – variance in casino games like video poker means you can have good runs and bad ones. When we have a bad run, it can feel painful, and we may want something to blame.

But in the case of video poker, barring the weird scenario like in New York, the game is governed by a deck of cards. That means the odds of any given hand is identical, no matter what the pay table says.

Someone tried to point out that the casino had worse pay tables than a competitor in the state, but that has no impact on how often a 4 of a Kind hand happens. That just simply governs how much the game pays for one.

Even funnier, the four of a kind pay generally doesn’t change with pay table changes; most of the changes come around a full house and flush payout.

As it happens, the place where they said the pays must have been ratcheted down, while having subpar video poker pay tables compared to much of the competition, had the same pay tables since opening.

The nice thing about video poker is its pays are clearly visible, and with the pays visible, you can figure out the game’s overall payback expectation. You can even see if the machine’s changed since the last time you played it. (In this case, it hasn’t.)

So given a deck of cards doesn’t change, and the pay tables haven’t changed, the only possibility left is a bad run. It happens, even if it sucks.

Now, that royal flush I got that’s pictured on the top of the article? I got that the Friday before this person’s post, at the same casino this person was complaining about. And then a friend of mine, inspired by my royal flush, went up later that weekend and got one of her own.

And on top of the royals, I got my first solo handpay at that casino the same night, on a bet less than $2. It was definitely one of my best casino runs ever. So I guess they must have ratcheted up the pays for that Friday, right?

Great runs, and bad runs, happen to everyone. It’s a part of gambling, and can make some emotional about it, both the highs and lows. But trying to blame the casinos for ratcheting down pays or screwing you over because of a bad run isn’t accurate. And if you really think that is what’s happening, you might want to reconsider whether gambling is for you.