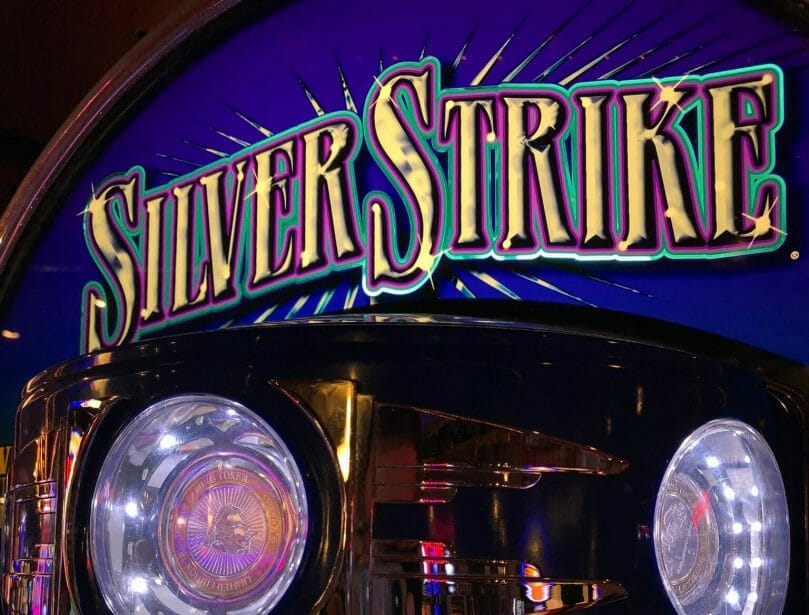 Last fall I had the pleasure of meeting gentlemen from Dynasty Games, who is overseeing the future of the Silver Strike machines, which I’ve written about on here in the past. Coushatta in Louisiana and El Cortez in Downtown Las Vegas have removed their machines in recent years, but that doesn’t mean the game is disappearing.

They’re still alive and well at Plaza and Four Queens downtown (Four Queens continuing to be one of the biggest boosters of it, hosting twice-yearly tournaments). A second New Mexico casino, Sky City Casino, has joined Route 66 Casino in offering them, including being the second casino to offer $40 strikes.

While some players are less enthusiastic about most of today’s strikes because they’re clad instead of actual silver, they still remain a collector’s item for many and a nice souvenir from their visits to various casinos. The designs tend to be attractive and of imagery that people will want to collect, and the coins themselves are small enough to pack away.

For the casino, the coins tend to cost less to produce than their value, so if a player takes them home as a souvenir, there’s a bit of money made by the casino. Otherwise they can cycle it back into the machine for the next player.

I myself have gotten into collecting them a bit, in particular ones from casinos on the East Coast such as Foxwoods and those in Atlantic City. But I also enjoy seeking out the various options as they become available, especially if I’m going to be nearby, so I intend on getting over to Red Rock during my next casino visit.

If you want to learn more about the history of Silver Strikes and where strikes are currently available, check out the website for the Silver Strikers Club.