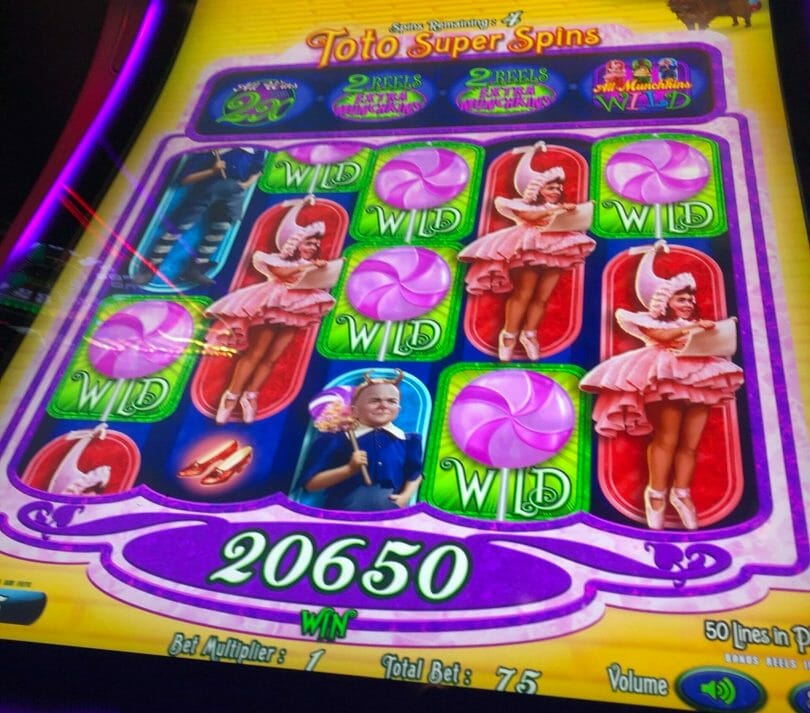 There are games where rare events occur, such as the visit from Toto on Munchkinland. But that doesn’t mean there aren’t other rare events too.

Retriggering during the free spins on the game is tough, but getting more than three bonus symbols is all the more unusual.

So Diana Evoni’s five bonus symbol retrigger is right up there for a couple of reasons.

Munchkinland is one of those games that has a more/better feature bet, which she was playing, and started off with a couple of witch bonuses. Games like this are designed to feature often, but not necessarily provide massive hits all too often. The witch feature is a great example of this, with wild reels dropping in often, but big wins not necessarily possible.

Even when Toto, a rare feature during the feature, comes out, it doesn’t guarantee a massive win in the bonus. When I got one a couple of years ago, it came down to a single massive line hit – without that, my bonus would have been pretty meager despite the extra spins and the extra booster during each spin.

Given that, a 100x bonus on this game is darned good, and over 200x is certainly pretty exceptional outside of landing progressives. And of course, it wouldn’t have happened at all without the retrigger, and the pay for the retrigger.