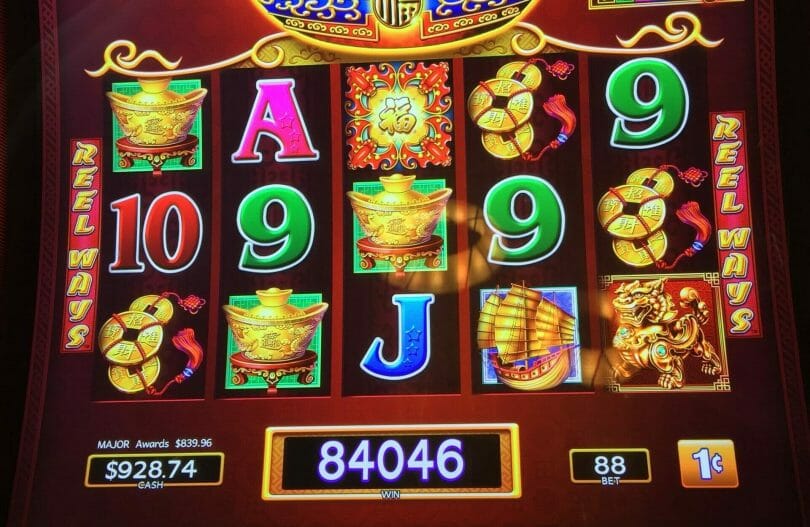 When you play Dancing Drums, do you just anticipate the Mini while hoping maybe it’ll throw you a Minor? Maybe you’ve been one of the lucky ones to win a Major (I have one under my belt at 88 cents). Or maybe you’re one of the lucky few to win the Grand jackpot!

How about getting all four? On the same machine? In basically one session?

That’s what Slot Queen managed to do in a recent video she premiered on her channel. The most amazing thing is revealed at the end, where she’s shown winning the Major first and the Grand last… but the sequence was a bit different in real time.

The Major she won was also pretty significant as it had grown to over $1,000 by the time she secured it, which makes it a nice compliment to the over $10,000 Grand jackpot progressive she won.

Her bet sizes were certainly up there – the Major was won on $8.80 and the Grand on $5.28, but remember you can trigger the pick feature at any wager that has at least two gold symbols active, and while your frequency of progressives grow with bet, your chances for winning any given progressive once inside this bonus are stable – hence all wager levels will see predominantly mini/minor, but just get them more often at higher bets (more pot closes more often).

Slot Queen has had some pretty large success showcased on her channel in recent months, including winning another coveted massive progressive jackpot in the Mega on Ultimate Fire Link.

Both games are among her perennial favorites so to secure a top win on both is certainly a big deal. Of course Lightning Link is probably her favorite, so now we wait to see when she finally gets a Lightning Link Grand Progressive Jackpot!