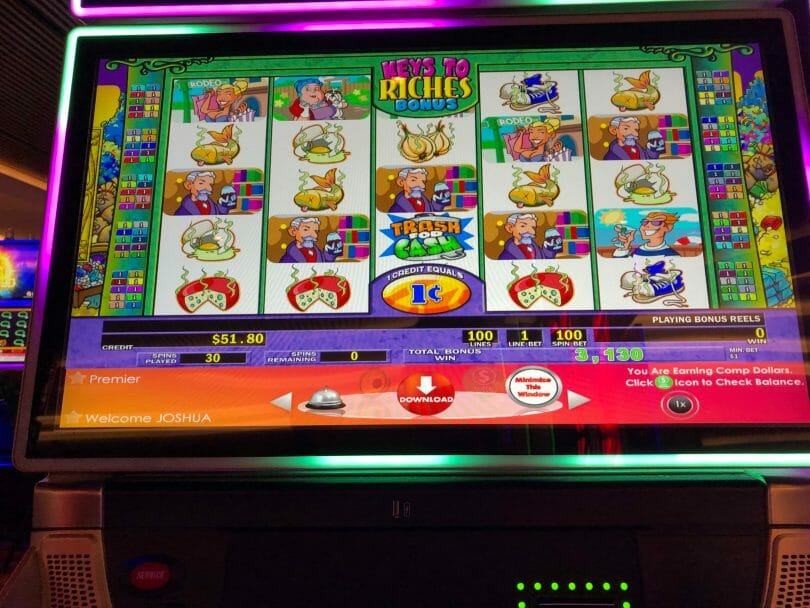 Stinkin’ Rich is a game that tends to draw a lot of fan appreciation, and that appreciation has been rewarded with the game surviving on casino floors over the years, and a new sequel recently coming out from IGT.

The game allows for up to 100 lines to be played, and some versions let you even granularly choose how many lines to play, allowing for a less lines scenario to play out.

The Slot Cats had a session that has to be seen to be believed on the game. With a $5 wager, they managed a 35 free spin bonus, which itself is pretty unusual, and is most likely to happen when you’re playing all 100 lines.

You can see their session on the bonus starting at 5:52 on this video:

The bonus starts out pretty quiet, with some line hits beginning to come out as the bonus progressed. But it took until the second to last spin for the real magic to happen.

With premium symbols on reel 1, and then stacks of wilds appearing on the middle three reels, it was a massive, 750x line hit, which included $500 line hits with five of a kind of one of the premium symbols on certain lines. The final outcome on a $5 bet was an over $4,000 bonus, which goes to show the true potential of a game like this.

Also, note how they got a check for part of the handpay; casinos will many times let you choose to get part or all of your handpay in cash if you don’t want to be carrying around that much cash on you.