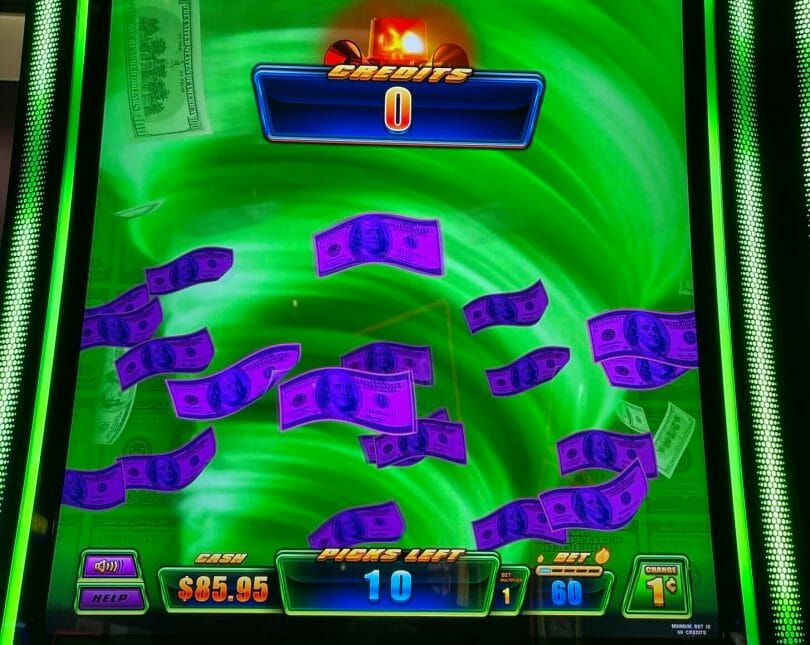 I’ve previously shared Travel Ruby’s YouTube channel as a great resource for people looking to learn more about Las Vegas properties or great deals to be found. Here and there she’ll also feature a slot video, one of which is the topic of today’s post.

She also posts on Facebook, and it was here where I recently saw a video that has as of this writing not been posted on YouTube. And it’s a great example of what a slot session can be.

The game they played at New York-New York Las Vegas is Cashnado, which is a game I’ve enjoyed across multiple sessions. It can be streaky but you can move the needle quickly at times!

Ruby begins to realize what’s going on here and that’s when the video gets really fun as they start joking around about how long this video is, whether the camera has enough storage and battery, and so on.

Eventually they find themselves running low on money. They get down to the very last spin and then began to build back up. At one point they get all the way back to $80, but because they didn’t return to $100, or run out, they continue to keep playing.

And this really isn’t a session about a massive win or a handpay or anything like that – this is just a great example of how slots can and should be played – for fun, with an entertainment budget.

You can hear them having all sorts of fun, really just relaxing and letting it fly, and it also makes for an entertaining video as a result. It’s worth every minute, and it shows what $100 can offer in entertainment value!