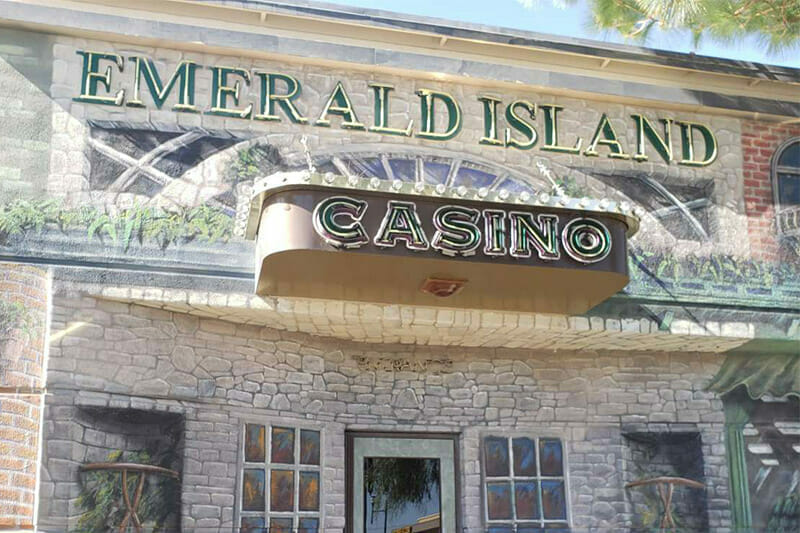 During a trip to Las Vegas in the spring of 2019, a friend of mine also out there had a suggestion. Why don’t we go to one of her favorite locals casinos? I was game, mostly to get a look at a different type of casino in the Las Vegas market.

Henderson is a bit of distance away from the Vegas strip and Fremont street, but locals casinos are designed to offer an alternative to those who don’t want to navigate the tourist-driven parts of Clark County. Locals casinos rewards those who come to play there instead with more generous offers that draw locals specifically, as well as games that tend to have more favorable gaming conditions than those in more tourist-driven sections.

In our trip we ended up going to Emerald Island Casino, a small casino in Henderson that had some unusual things going for it. For one, I was able to play full-pay Jacks or Better at the penny denomination. It had a higher max bet (90 cents on 5 hands, or 30 cents a hand, a bit higher than the equivalent at nickels), but getting that pay table at such a low bet was not only unusual, but great to find!

They brought snacks around to everyone playing at 6 p.m., another unusual, but nice, touch. Most casinos, they don’t want you eating at the machines, but here they understand that taking care of their players will keep them around.

The snacks weren’t the only food that mattered. They also sent me regular weekly food offers in the mail after I went there to play, another example of knowing the market – hotel rooms may not matter to a local but food does.

We ended up eating on site while there using a food comp that my friend had available, and the meal was actually quite filling, and had we had to pay for it quite affordable too.

I managed a royal flush while playing video poker there, but even taking that out I had a more than one hour run that was still positive. Getting full pay for full houses and flushes can make a major difference over time if they’re hitting.

Meanwhile my friend hit a $300 win on keno, so we both left up after a couple of hours.

I also played some slots and they definitely felt looser than other places I’ve played; it’s not surprising that Emerald Island has received player-voted recognition for having looser machines.

The reality is many locals casinos have their own permutations of these sorts of things, but in a market like Vegas it tends to be amped up a bit vs. locals casinos in other markets, where competition is much lower so the games tend to be watered down.

As such, if you’re in a position to travel to locals casinos while in Las Vegas, you’ll definitely find a better game than on the strip or downtown, with the trade-off of less accessible comps.