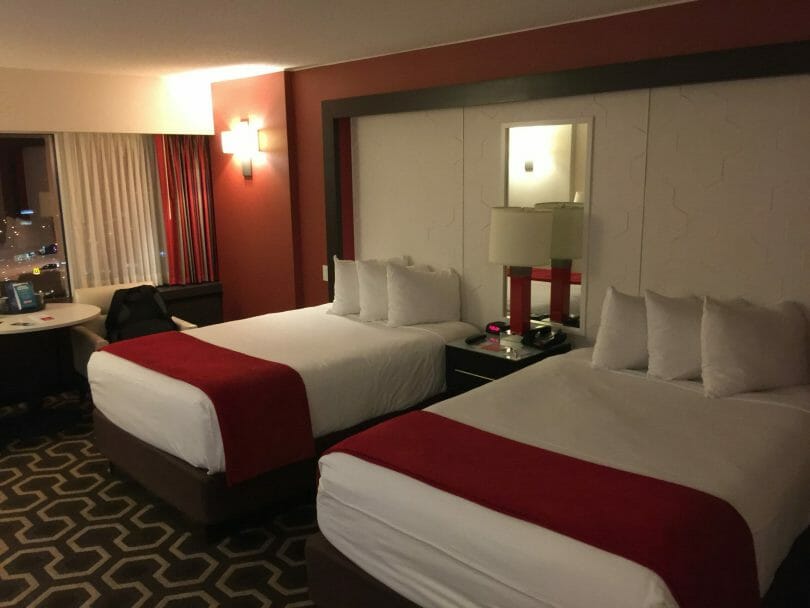 A player on a forum has been following the various rumors of casino sales, and wondered what would happen to their comp reservation if a casino is sold.

Very broadly speaking, if you book something before a casino is sold, it tends to get honored after its sold, whether it be the room rate, room type and so on. It doesn’t work in a new owner’s favor to make your situation more difficult by cancelling, repricing or downgrading your reservation.

Of course, this isn’t limited to casinos; more than once I’ve had hotels I’ve been booked at inform me that they’re changing affiliations or ownership, and what to expect as a result of it.

For both casinos and hotel chains, the primary expectation is that you won’t earn credit, such as nights stayed, tier credits or comp dollars, for the old comp program if the property’s ownership has transferred to the new owners. It makes sense – the new owners no longer have a tie to the old program in most cases, barring some limited time window of transfer.

If that’s a primary concern for you as a player or a visitor, you can always cancel your reservation in those circumstances.

But as far as anything else, such as having a comped room, expect that to be honored. New owners may also take other steps like issuing tier matches to previous players initially to encourage them to visit the property under new ownership, for example. This is the case for me at Bally’s in Atlantic City, which has upgraded my card already before I’ve even had a chance to visit.

The nice thing in many cases about the markets where a lot of this activity is taking place is it’s many of the larger markets with more choice, like Las Vegas and Atlantic City.