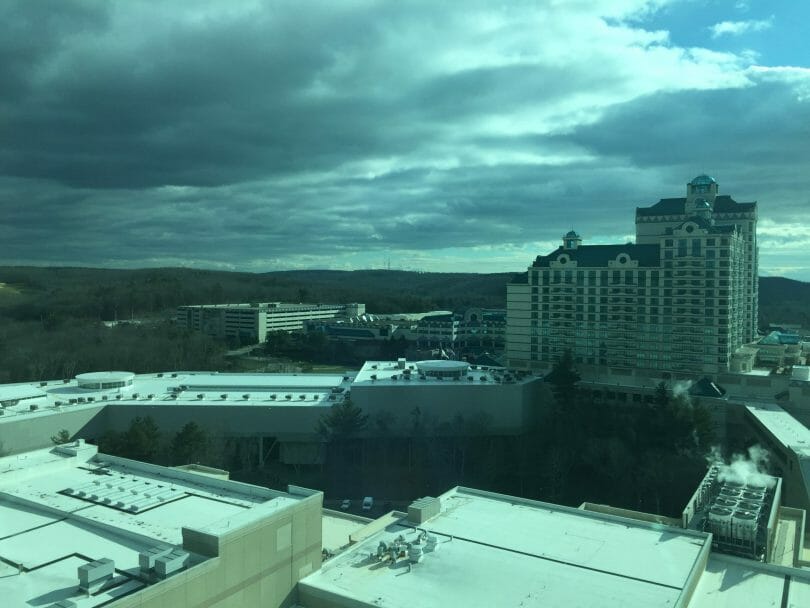 This year, Foxwoods Resort Casino is celebrating its 30th anniversary, which is an impressive milestone. However, I’m definitely not the only one who has been underwhelmed by the property in recent years.

This is despite the fact that they’ve been putting some good money into updating things, from multiple casino overhauls to a modern reinvention of their buffet space (a space that didn’t get too long under its new setup before it closed, and has yet to reopen, because of the pandemic). They redid their shops area between the Cedar and Rainmaker areas, only for most of those shops to now sit empty, which is a shame.

Even before the pandemic, some parts of the casino spaces stopped being 24 hours, particularly the Rainmaker Casino, which was an odd look to see a portion of a casino space shutting down nightly.

Now, two years since the pandemic, Foxwoods still seems to have an evolving issue with many parts of the property still closed more than they’re open. Now, with warmer weather approaching, we may see some additional hours added on, but their spas still don’t run seven days a week, one of their hotels never reopened, and quite a few facilities have weekend-only hours.

Gaming conditions deteriorated too; for awhile Foxwoods was touting their switching to an all 3:2 Blackjack setup, and even still has a page on their website talking about 3:2 Blackjack, but on my most recent visit earlier this month, I definitely saw 6:5 Blackjack on the felt with a $15 minimum, so it definitely has changed.

The good news is it seems the property knows it has work to do. A series of updates and renovation projects are underway, with many longstanding restaurants, spaces and so forth seeing some new life. The bingo hall is moving to its original location, with a remodeled and updated space; the old bingo hall will become an expo center. Some restaurants are relocating to make way for new lounge space or restaurant options, freshening up both the spaces and the overall food line-ups.

One hopes these revisions and changes will allow the property to come back to life somewhat; it’s felt like the entire time since the pandemic reopenings, Mohegan Sun has had an easier time getting back to normal.

Foxwoods seemed to have overbuilt and was having trouble keeping its various spaces filled and/or opened for a long time; the Rainmaker side of the property has seen the worst of this, but the Fox Tower food court hasn’t been open to my recollection on any visit since they’ve reopened (and that side of the property has been closed during the week too).

To their credit they’ve been installing some more diverse activities over time, and fresh announcements like the Great Wolf Lodge seem to further aim to diversify; like other casino properties in markets like Las Vegas, diversifying the line-up has helped take the pressure off the gambling competition.

Foxwoods has less than half the number of slots it did at its peak, not a surprise given how much competition is now in New England and beyond for the same gambling population. Rainmaker has a big table pit but those tables haven’t been open in some time.

I even noticed Fox Tower’s table configuration seems to have been shrunk in favor of a few slot carousels; Fox Tower used to be packed with gambling options and over the years everything’s just gotten more and more airy.

But as someone who played at Foxwoods as their primary casino for many years, I do hope to see them rebound somewhat; there’s still a lot to offer, and if they can stabilize things with offerings that are readily available, they still have a chance to compete well. The new renovations do seem to aim to breathe some new life into things there, and should shake things up a bit as they enter their fourth decade in business.