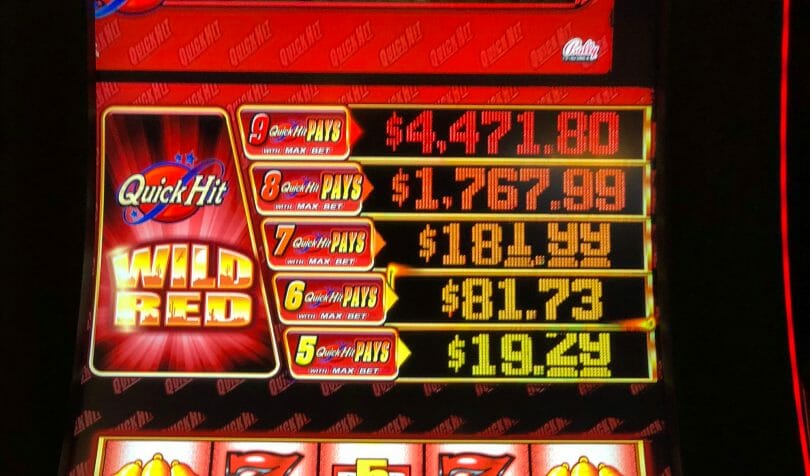 Progressives are a popular feature of slots, and many players will seek out machines with higher progressives. One popular theory is that if a progressive is high, it’s “due” to hit.

Status: In nearly all cases, no. But there is an exception.

Progressives are Part of the Math

But because Vegas-style slots are governed by a Random Number Generator (RNG), there is no guarantee a progressive will hit at any given point. If a game is supposed to pay a progressive on average once every 1000 spins, there could be a situation where a game goes 10,000 spins at some point, and another point where it hits back to back. Over time, with millions of spins, the game should pay out at its average. But there is no historical weighting to the chances, so each spin has the same chance of it hitting as the spin before or after it.

This can lead to scenarios where progressives get very high. In those scenarios the progressives aren’t “due” to hit, as the chances of them hitting haven’t changed. But the short-term payback potential of the machine has changed, because once it does hit, whoever happens to be playing at the time will get more than the norm. So if you’re going to play a machine, picking the highest progressives is a wise strategy. But chasing a machine’s progressives just because they’re high isn’t advisable.

The Exception: ‘Must Hit By’ Progressives

The only exception to this rule are games that have “Must Hit By” progressives, which we’ve written about here previously. The reason for this is that they cannot exceed a certain number – they are guaranteed to pay no later than their top possible value. So if they’re high, that’s a good thing, as that means they’re closer to hitting.

An advantage player can do the math to figure out how much bankroll they would need to put at risk for a progressive, and decide if that’s worth the risk to them to try to win that progressive. For larger ones, you can take more of a risk, of course.

Aside from that exception, progressive chasing is a risky business. It’s certainly not a bad idea to sit down at a machine with high progressives you’re planning on playing already, but you shouldn’t risk more than you’re willing to otherwise normally play. I’ve seen personally way too many scenarios where people will play aggressively on machines with high progressives in an effort to win them, and come up empty handed and a lot poorer. So be careful.