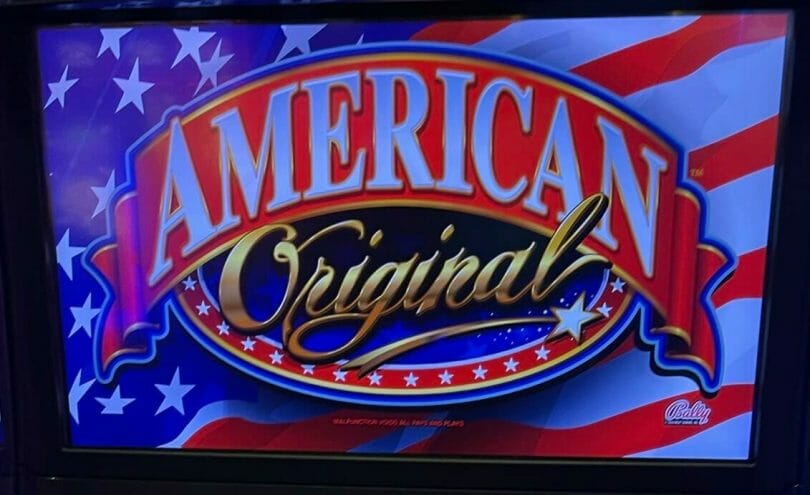 A game like American Original normally doesn’t draw me in, but for whatever reason when I see the game in a casino it tends to get decent action. A few years ago I gave it a go for the first time and began to understand why.

The first time I ever played the game I got a $500 win on a $1 bet, a remarkable outcome. And the most recent time I played it I got a 100 spin bonus.

And really it’s the potential in the bonuses that makes this game interesting – 50 games at 2x is something I’ve won in the free games before as well; it actually seems like the bonus is full of potential if you can get the right wheel options. The mystery awards a prize and a respin, if you manage to get it.

Of course, that doesn’t make the bonus particularly easy to get, although given my luck getting it I don’t think it’s that impossible either.

And even if you do get the 100 spins, for instance, it doesn’t mean it’s going to be massive – here’s what the outcome of my 100 spin bonus recently yielded – more than 60x, certainly respectable, but given 100 spins felt a bit light to me.

That said, the game is simple, fun, and has plenty of potential! And the game was popular enough that it still sticks around casino floors, and a sequel (American Original Gold) more recently surfaced from Scientific Games, along with a remake of the original.

Here’s a recent video from RandomSlots, which includes the pay table: