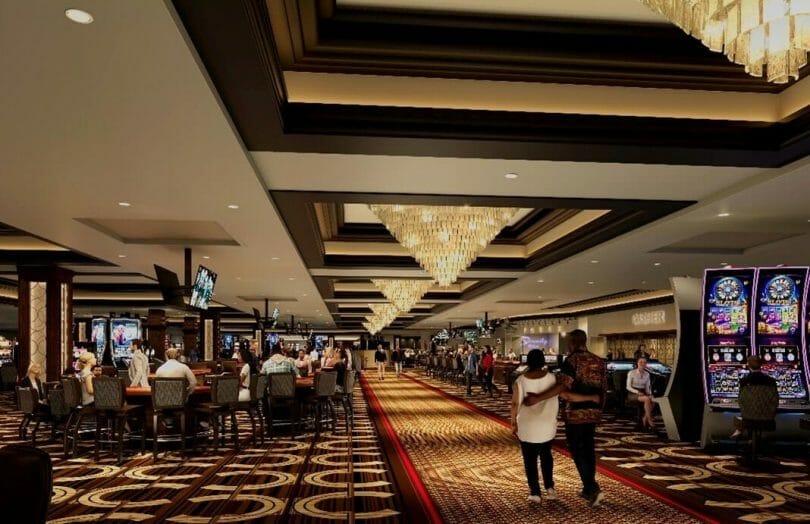 The rumors had been floating for some time, but Caesars Entertainment has made it official: Bally’s Las Vegas will rebranded as the Horseshoe, leveraging a legendary Las Vegas brand in the market since it was removed from the Binion’s signage on Fremont Street more than 15 years ago.

The rebranding of Bally’s had been expected since Twin River bought the Bally’s brand name, and Atlantic City branch, from Caesars in 2020. They are also in the process of purchasing the Tropicana Las Vegas on the strip, which like their other properties is widely expected to be rebranded as a Bally’s property after purchase.

While Caesars had the rights to use the Bally’s name in Las Vegas, I’m sure having another company with that name so prominently out there wasn’t ideal, and they had the classic Horseshoe brand to leverage – Caesars isn’t afraid to extend its strongest brands, like Caesars, Harrah’s or Horseshoe.

But this isn’t just a change of signage – Bally’s will get a proper update as part of the transition to Horseshoe. The press release gives an indication of what to expect, along with a visual, seen at the top of the article:

The transformation will begin in the spring of 2022 and will include a renovated exterior, new entertainment and food and beverage options, and a reimagined casino floor and public areas. In keeping with Horseshoe’s classic sophistication, the design team will incorporate a handcrafted feeling with tooled leather, dramatic colors, and the brand’s signature gold horseshoe iconography. Additional details will be announced as the evolution progresses.

The press release plays up that the Horseshoe brand was created by a gambler for gamblers; Eldorado has really leaned in to making properties more gambler-focused as part of their strategy. This does follow in that track, as we see what their vision for the future of Caesars will be.

The press release says they plan to have the renovations done by the end of 2022. Room renovations aren’t mentioned, which makes sense given the property’s rooms have been renovated in stages in recent years, so expect the previous Bally’s red-heavy room formats to linger for awhile.