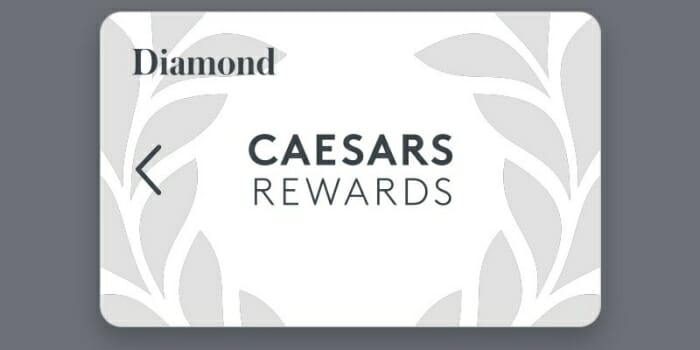 The Diamond level of Caesars Rewards’ tier program has in recent times been a bit of an odd level because of the chasm between it and the Seven Stars tier which is their top tier in the program. Mid-players and high level players are pretty heavily lumped into this category, as are those who grind out credits on the regular at their local. It wasn’t always this way.

Previously, Caesars had Aspirations levels which included additional perks on the way to the Seven Stars level. Those were largely phased out two years ago, heading in 2018, creating a lot of disincentive for players to play beyond the 15,000 tier credit point level, at least from a status perspective, unless they thought they had a fighting chance for achieving Seven Stars.

Since the change, players could just shift their play to building status at another company, and if they found the perks better, could walk away from Caesars. This isn’t a good thing for a company in the midst of being acquired, but even factoring it out, it stood to reason that at some point it might make sense to bring some perks back.

Meanwhile, Caesars has been aggressively running promotions to match players from other higher-level tiers to Diamond, and a lot of players who have earned it outright in the past have felt it’s watered down the benefit as more and more players have access to it and Caesars reduced the perks.

So, in 2020, it appears Caesars is now putting into place replacement features above the Diamond level to try to encourage momentum up the tier chain. The major change is the addition of two tier checkpoints on the way from Diamond to Seven Stars, just like the old Aspirations, but watered down by comparison.

One perk that got watered down around the same time was the ability to access a Laurel Lounge (formerly Diamond Lounge) for free as a Diamond level player unless you earned 25,000 tier credits. While this requirement is staying in place for 2020, it’s now being officially attached to a new tier segment called Diamond Plus, which also is established at that 25,000 tier credit level.

A third level, at 75,000 tier credits, will be called Diamond Elite. This one’s a bit more valuable, offering airfare up to $600 for a trip to Las Vegas.

The cash value of these will far outweigh the investment to get there, but players can at least garner some new benefits from them. The old Aspirations levels offered an airfare offer at 80,000 tier credits, so it does seem to be trying to bring back at least part of what existed there before.

Players who achieved those levels in 2019 will gain the benefits in 2020; going forward, like any tier, you can unlock the benefits for that tier year and the following if you achieve it during the tier year. Players who earned the tier can pick up fresh cards with their new status starting February 1, 2020.