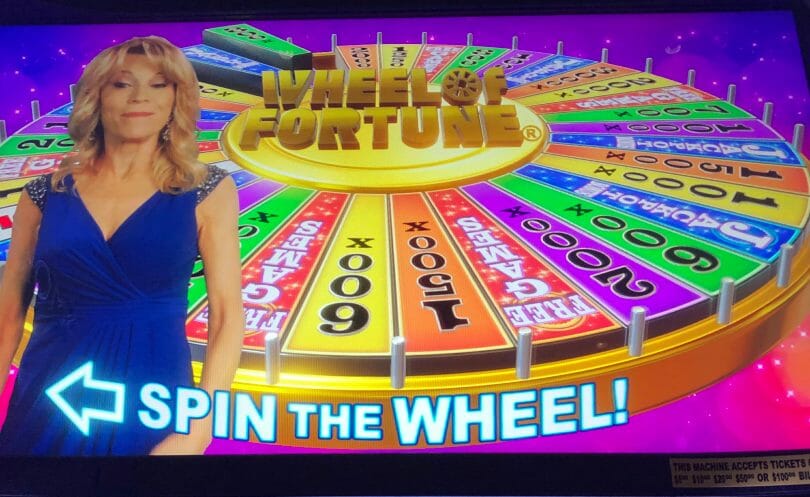 Newer slot machines come with 3D/4D technology or sensors that can detect your hand movement. These games, like newer Wonka, The Simpsons, Sex and the City Ultra and Wheel of Fortune 4D encourage you to interact with the game.

There are players who believe that there are additional pays to be earned from these techniques and that those who don’t pop the candies or spin the wheel that way could be losing out on money. Is that true?

STATUS: No hand outs that I have found.

The only game I know of where actual handiwork results in pays is skill-based games, like Gamblit’s Cut the Rope, where you’re not actually playing a slot, or slots with a skill-based component like Cleopatra Pinball where you have some control over the outcome.

Games with gestures as a fun bonus tend to call out that there’s nothing special or extra about the gestures. For instance, on Sex and the City Ultra, you can control one of the bonuses with your eye, but it states clearly that you can still complete the bonus without doing that. It works out to nothing more than a fun little gimmick to keep things interesting, but will have no actual impact on the pays you can earn.

Similarly, on some of the newer Wonka games you can pop the candies during a big win as they fly by, but you’re not getting anything for it. During the Simpsons free spins bonus it asks you to hold your hand out to catch sprinkles, but if you don’t it will move the bonus along without your hand, and you won’t miss out on anything.

As I write this post, there could be games out there or in development that changes this rule up, and if so, I’ll update the post accordingly. But so far I’ve checked into every game where a player claims this is happening and haven’t found an example that it does, and so right now, as far as I can confirm, players aren’t missing out by skipping the gestures.

In the off chance they are, the pays wouldn’t be too high either – machines have to in most jurisdictions clear a certain bar of minimum payouts, and if players were missing out on pays that could push a machine below that minimum that would be problematic to say the least, so they wouldn’t tuck a huge percentage of payback into such a feature should it exist, either now or in the future.