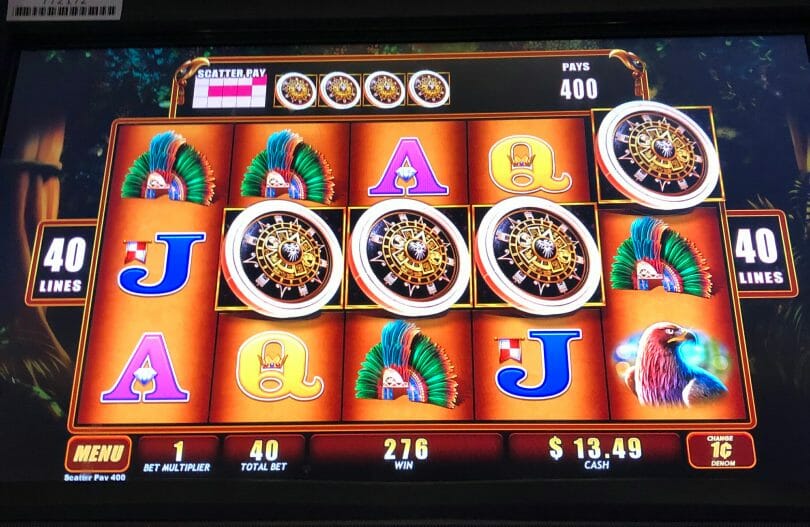 A newer observation among slot players has begun making the rounds on certain groups I am part of, which has been noticing that when they get more than the minimum number of bonus symbols for a bonus (say, 4 or 5 when only 3 are required), the higher payout for getting the extra symbols tends to be the bulk of the payout, if not all of the payout.

Does the machine skimp on payouts during the bonus when the trigger pays a lot?

STATUS: It doesn’t. The rarity of extra bonus symbols, and the resulting bonus, likely leads to confirmation bias on high volatility machines.

First off, a quick recap of confirmation bias for those who haven’t followed along previously: When you have a hunch or suspicion about something, and then see examples of it bear out, it can confirm your beliefs for a certain outcome happening because you’ve now witnessed it.

A friend of mine used a word recently that I think I like even more: Anecdata, or anecdotal data. You get a few anecdotes and it looks like there’s something real behind it, but it’s really just driven by a few first person accounts.

So why do I say it’s confirmation bias? Many of these 4 or 5 bonus triggers where it’s discussed is on games that can be challenging to bonus, such as Dancing Drums or Buffalo Gold. Some of the games will give you more free spins and some won’t, but nearly all give you a larger payout for the additional bonus spins.

But while 3 bonus symbols and a resulting mediocre or awful bonus follows with regularity on volatile slot machines, the relative rare 4 or 5 symbol bonus tends to make them more memorable. And then to follow up with a normal mediocre or bad bonus, may create the impression that it was because the game paid more or gave more bonus games at the onset.

In reality, it’s the same odds, based on the game’s design for the payouts. We just remember the special cases and not all the others.

On the bright side, those extra bonus symbols usually bump the trigger payout to make it more worthwhile, but that in turn serves to exaggerate the trigger-to-bonus ratio and make that bonus feel even weaker.

So don’t dread the extra bonus symbols – enjoy that upfront payout, and hope for the good bonus we know the game can provide. And if it doesn’t happen, chalk it up to that game’s volatility, and not because it decided to show you more bonus symbols at the beginning.