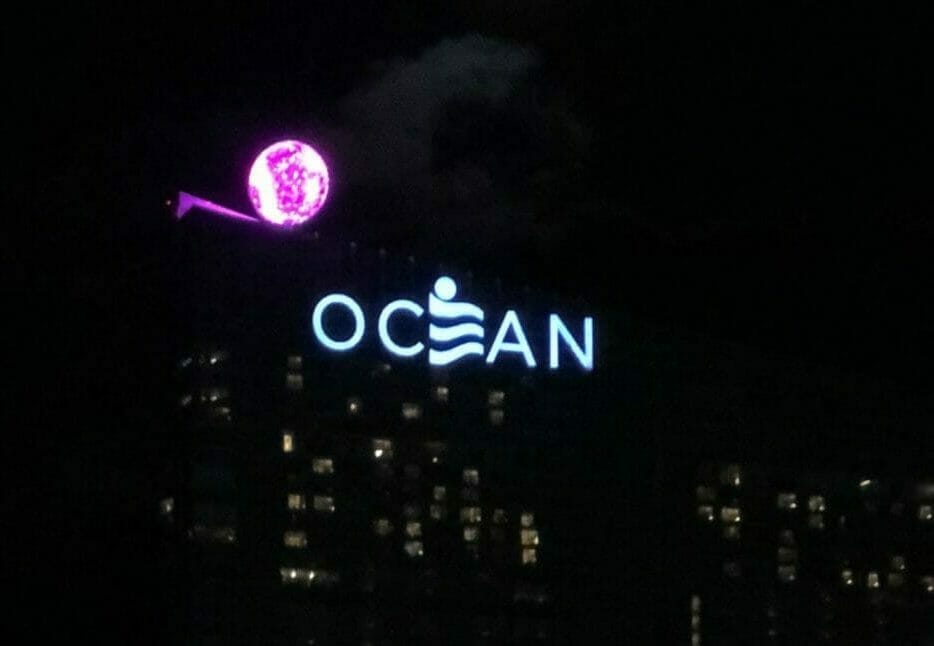 For a property that opened for the first time less than a decade ago, Ocean Casino Resort Atlantic City has a convoluted history. And despite its beauty, it also have a bit of a convoluted floor plan or branding. But despite some of the challenges it faces, it does have a lot of things going for it.

The casino opened in 2012 as Revel, which was the first all-new casino construction in Atlantic City in quite some time. Standing 710 feet tall, it was also the tallest property in Atlantic City.

However, the property struggled from the beginning, and closed in 2014. Many feel a variety of mistakes, from poor comps to being smoke free, to the confusing design of the resort itself, all contributed to the property’s demise.

After a period of ownership by another party that led to attempts, but not success, to getting the property reopened, another sale in 2018 led to the property’s reopening the same day as Hard Rock did. It opened as Ocean Resort Casino, with new branding and some updates to the property to fix some of the most urgent issues.

In January of 2019, it was sold again, branding updated again, and it now has become Ocean Casino Resort (putting the casino first). As part of the chaos, there’s a mix of both Ocean logos throughout the property, with rebranding only done on certain components of the property so far.

I’ve paid a few visits to the property since it reopened as Ocean, and stayed overnight once. Here’s my thoughts about the casino, the property and the rooms.

The property, because of its history, has some interesting combinations of games. They have machines that were bought for Revel in 2012 that, since the casino was closed for such a lengthy period, are in impeccable shape for machines of that vintage. That means they’re able to keep in play some older games, while still rolling out popular new ones that most casinos have.

As someone who’s a fan of old WMS games like their G+ and G+ Deluxe lines, it was great to see banks of these machines throughout the casino, running beautifully, as many casinos are in the process of removing them. While I imagine over time they’ll prune back the number of them, there’s a ton of harder to find classics they have that will make them a destination for fans of those games.

As of my last visit they were touting the addition of hundreds of new machines, and they were clearly there in strength as well. As a result it’s a really unique mix of games and I had a lot of fun on their casino floor.

Their table games are largely concentrated in the front near the escalators leading in from the outside, and they had a good, and very active, set of tables. Minimums were decent, in line with what I would expect in Atlantic City, and they were touting a number of player friendly rules at the time I last visited.

I’ve played Craps and Blackjack there on multiple visits, and found the experience enjoyable. The dealers were friendly and the games paced well.

The way the casino floor is built, both the table games and a portion of the slot machines benefit from natural light during the day, as they’re close to the largely windowed side of the building where the light comes straight in.

The hotel rooms are largely untouched from the Revel days, given there wasn’t a lot of wear and tear. They were modern and comfortable, but my room had some clear signs of wear.

Because of the design of the property, just about every hotel room had some sort of a view. The view I had from my room is in the picture above; the view from my elevator bank is seen below.

The hotel’s design clearly takes advantage of its location to get maximum views, and that was definitely a selling point.

Ocean upgraded my card at the beginning of the second tier year despite limited play, which talking with others they did for just about everyone. I found it much more difficult to accrue comp dollars and same day free play than at other properties.

They don’t share how it works, like Caesars or Mlife do, but every time you put your card in a machine it tells you what you’ve got, so if you counted your spins you could track it. Despite playing for a few days across a couple of visits, I didn’t even accumulate enough same day free play to be able to cash in the minimum.

I’ll admit I had some bad luck on the floor and so didn’t push very hard, but it didn’t make me want to play all that much either. The comps they’ve been sending me were OK, but also seemed below what I was getting elsewhere – it sounds like their fortunes have been improving, so they don’t need to be as generous right now, but that will certainly put limits on my visits over there.

The very unorthodox design that Ocean Casino Resort has is both its biggest selling point and biggest hindrance. Starting off with the fact that the casino and hotel lobby are not at ground level, and you have to go up a series of escalators or elevators, creates a challenge.

They recently provided a new elevator that takes you from the hotel lobby to the casino, but to go from your room to the casino floor or out to the boardwalk requires multiple elevators and/or escalators. It’s not very efficient to get around.

That said, they designed a lot of outdoor spaces with bonfires, indoor/outdoor pool, walkways and such that add to the glass/natural light aspect of the indoor sections. I made it a point to walk someone over on my most recent visit and we ended up not gambling at all, but just checking out the views.

Once you get used to the property it’s not as difficult to navigate, but it’s definitely not intuitive and that sort of chaos sticks with you. Add to that the continued mixed branding and it doesn’t help the long-time belief that the casino is a bit mixed up in a lot of ways.

I like this property perhaps more than I should – I always feel mixed about it but find myself gravitating back. That said, I tend to not spend a ton of time here relative to some of my more favorite properties in Atlantic City. However, they successfully got me to head up their way and play a bit, so my opinion could continue to evolve.

I like the game mix, the rooms seem fine, the hotel property is modern and beautiful, but it’s a flawed creation and it’s highly unlikely they can fix that anytime soon. But it’s worth checking out for the views, and you’ll find a unique slot machine mix here relative to many of the other casinos.