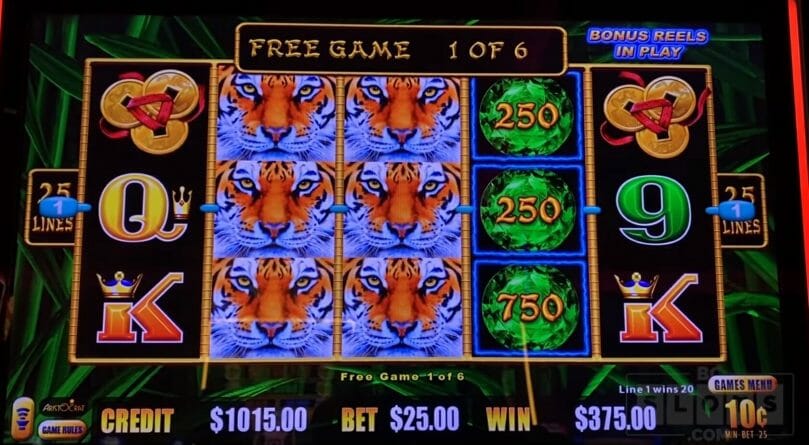 The team behind YouTube channel All Casino Action has put more of its emphasis over time on table play, but slot videos are sometimes still posted. And while over time the primary player has shifted from Sarah to Victor, Sarah still gets involved now and then too.

So it was an interesting combination when Sarah sat down to play Lightning Link Eyes of Fortune during a recent trip to Reno.

Sarah put in about $700 and was playing minimum bet dime denomination at a $5 bet.

The 13 minute video showcases a few bonuses and features, initially nothing to write home about, but eventually another bonus came, when she was down to $128.

Eyes of Fortune has a six free games bonus, and if a tiger appears on a reel than the whole reel becomes wild. The tigers can appear on reels 2, 3, 4 and 5.

Thanks to the right sort of circumstances, Sarah snuck over the handpay line for a great outcome, and it was impressive enough that the player next to her said that she was cheating!

Of course, it’s all about the random number generator, but it just goes to show you what can be possible on a standard Lightning Link bonus, even without the hold and spin.