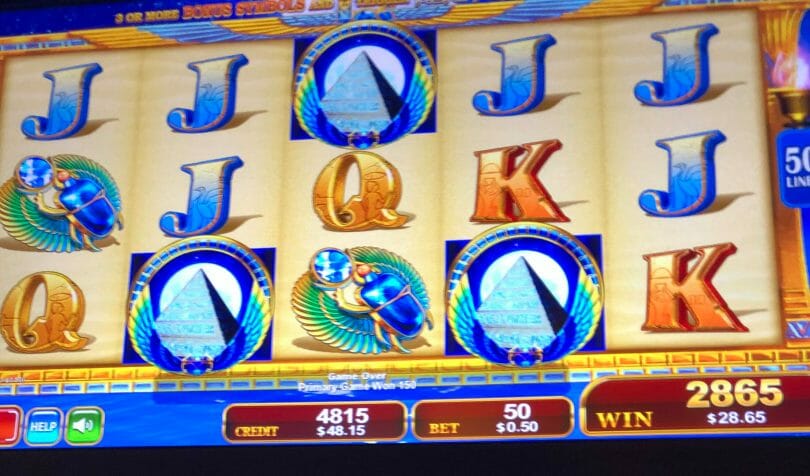 I posted some time ago about my love of the Money Galaxy series of games by Konami. It was one of their cash on reels variants that layered on a multi-level feature that offered growing multipliers, while still maintaining the four jackpot structure common with these games.

Somehow along the way I missed TheBigPayback’s video featuring one of the versions, Pharaoh Power, where he has some incredible luck.

After playing through some free play, he was alternating between $5 and $10 bets. This version of the game has the ability to sweep away the poker symbols, and he got that feature with four cash on reels symbols showing. He needed the Pharoah on reel 5 to trigger the Money Galaxy feature, and got it. On a $10 bet, he managed a $180 feature. That wasn’t much to write home about. He got a few more bucks on a back-up spin.

In this way Konami replicated the ability for a random progressive to hit like on Lightning Link.

If you’re curious about the free spins feature of the game, after he gets paid a handpay he triggers a free spins bonus after another feature sweeping away the poker symbols and bringing in the free games symbols.

This is another rare sighting on a somewhat rare game by a player who has had his share of incredible slot moments!