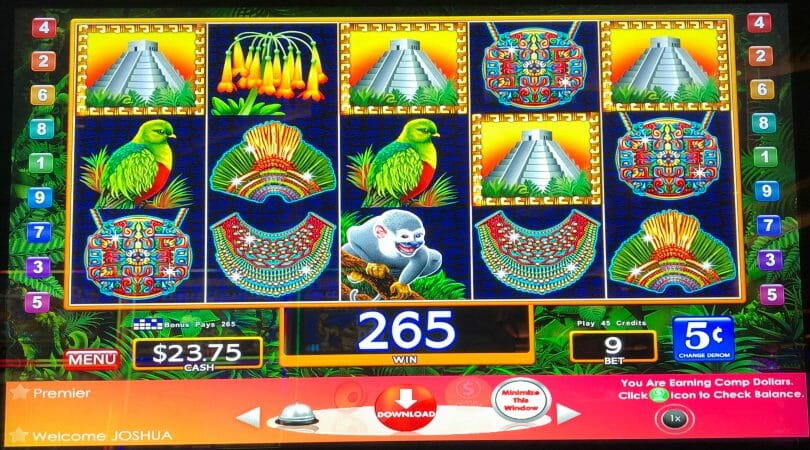 A common theory I see in slot communities over time relates to how you trigger a bonus (commonly free spins). Normally it takes three bonus symbols to trigger it, but many games include them on all five reels, only requiring three to trigger the bonus. Some believe if you get 4 or 5 symbols, it means the bonus that follows will be bad.

STATUS: How a bonus is triggered doesn’t have anything to do with the quality of the bonus that follows.

Generally speaking, when you trigger with more symbols, you either get more free games, a bigger payout for the trigger, and sometimes both.

On certain games, getting more symbols to trigger is a strategic advantage. On a game like Buffalo Gold (and really, the Buffalo series in general), having more games to start is a real advantage because you get more spins to get big wins, collect 2 or more coins for the retrigger, and so on. Interestingly, people never bring this theory up on games like this.

Instead, this theory often comes up on games where regardless of what you get as a trigger, the number of spins or the feature otherwise remains identical. An example of this is a game like Dancing Drums.

In the end, how a bonus is triggered doesn’t impact the bonus that follows (other than anything specified by the rules – more spins, bigger trigger payout). So you don’t have to stress that extra symbol coming out – in fact, on the right game where spin counts matter, you might just get that extra momentum you need to see something truly exceptional.