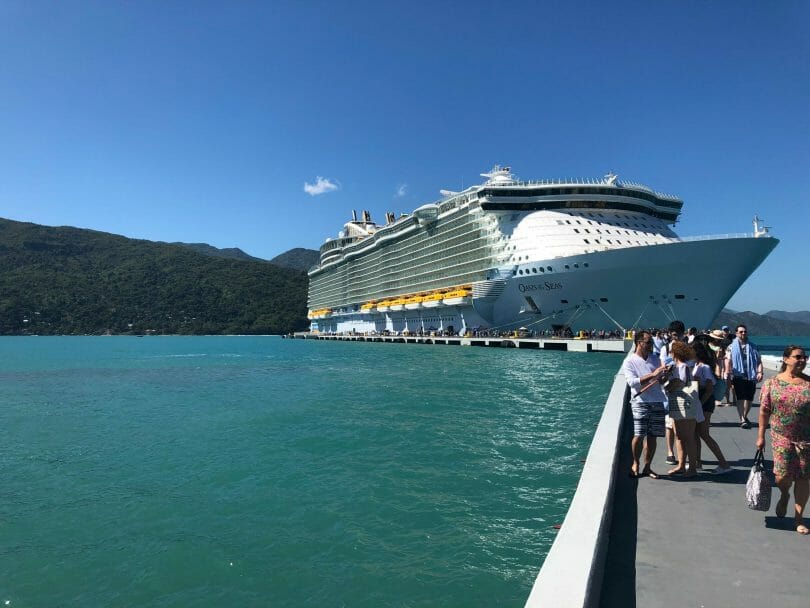 Earning cruises on Royal Caribbean is among the more straightforward comp scenarios I’ve encountered, either land-based or cruise-based. But because their tier year is on a non-calendar-year cycle, some get confused as to how it all shakes out, even though it’s similar to any other casino tier program.

In today’s article I’ll go over the various levels, the tier year, and what you can expect at each level.

The Four Tiers of Club Royale

So now that you know how you earn points, how long do you have to earn? Like most casino programs, Club Royale works on an annual cycle. In the case of Club Royale, the tier year starts April 1 and ends March 31.

During that 12 month window, you earn points, and as you reach each milestone, you achieve that tier not only for the remainder of the current tier year, but also the next one.

The reason this system matters, and when the cycles start/end, is that certain perks attached to the tiers are quite valuable, and players shouldn’t let go to waste the offers that come with them.

What You Get at Each Tier

The big thing you get if you achieve Prime or higher is a free cruise, once a year, for a sailing no longer than 7 nights. Not every cruise is available, but it’s a pretty flexible voucher, at least compared to the one you get for earning a free cruise while onboard a given cruise. Since earning a free cruise on a single trip starts at 2,500 points, and Prime is also 2,500, it makes sense to push for it if you can.

UPDATE 7/18/21: The Prime vouchers are reportedly now only for cruises of up to 7 nights, down from 8 nights; and it now takes 2,500 points, up from 2,400 points, to earn a free inside cabin on a given cruise, based on updates seen as cruises have been restarting.

The type of room you’re eligible for your Club Royale annual cruise will depend on the tier level you achieved:

No matter which tier you’re at, you only get one cruise from the Club Royale program itself, but this is above and beyond any certificates you get from the casino gambling onboard. So it’s effectively a bonus cruise.

Other perks come with the various tier levels. At Prime you get waived transaction fees when charging to your room bill to get cash in the casino. Since it’s not treated as a cash advance, that can be a cheap way to get cash access (and even earn some credit card rewards in the process). You also get free drinks in the casino.

A discounted Internet offer comes with Prime, and you get free Internet for one device at Signature and two at Masters. All tiers starting at Prime get a discounted offer for additional cabins when friends come along. Signature level and up comes with priority check-in, and Masters gets access to the suite lounge, as well as priority entertainment reservations, where available.

Finally, it says that land-based casino special offers will be made available to Prime level players and up; I can’t say I’ve seen one that I recall having been Prime about a year now, but then again I only started seeing some really good casino offers come my way via email in the past few months.

As always, I don’t recommend playing just to achieve a tier. But if you have a gambling budget, and want to maximize your opportunity, it always helps to know what each tier provides, so you can ensure you get the most out of your Royal Caribbean spending.