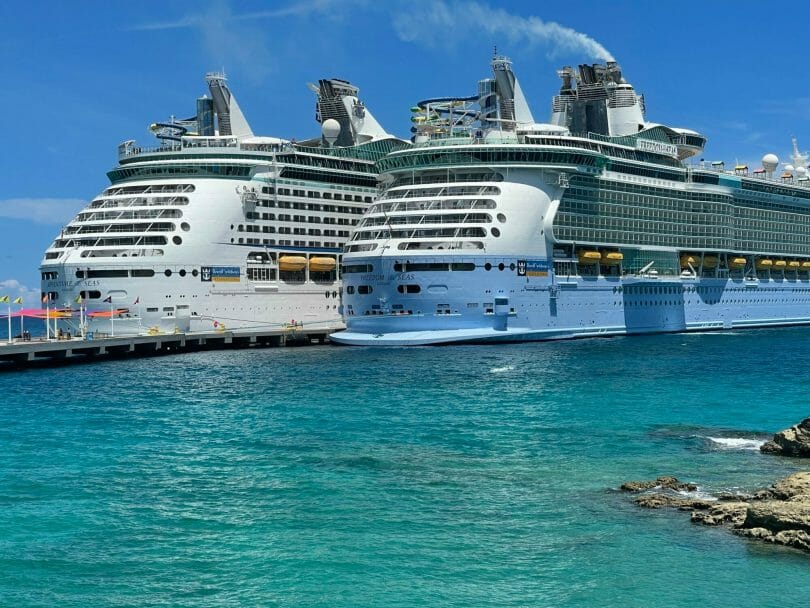 I admit the headline of today’s post hedges my bets a bit, and it’s in part because it has been 18 months since I last sailed on a Royal Caribbean ship.

In early March 2020, I sailed on Oasis of the Seas, two weeks before COVID-19 led to an industry shutdown of cruise ships worldwide. At the time there was word of some small tweaks, but I was unable to verify on my particular cruise, and so I waited patiently for things to get going already.

Now that I’ve taken my latest cruise, here’s three (and possibly four) changes I spotted in the latest review of the Club Royale program, as well as a few things that haven’t changed.

2,500 Points is a More Magical Number

It used to be that a comped interior cabin could be earned with 2,400 points of play on a given cruise. PRIME status was 100 points more, at 2,500 points earned annually to maintain that status.

To make it simpler, Royal tweaked the interior cabin number to 2,500 to align with PRIME and make the messaging simpler. While it’s $500 more in coin-in, it’s not a particularly difficult change, and now it’s much clearer: Cruise once a year, and earn 2,500 points, and you’ll get two free cruise certificates; one guaranteed from your PRIME status and one granted from your cruise.

This one was a weird one: I got my certificate during my sea day, day 2, of a four day cruise. Normally, once you earn your points, they give you the certificate, and will revise it if your earnings take you up a tier.

Now, I was told onboard Freedom, they’re giving out the certificate at the beginning of the cruise, based on your previous cruise results, with the main goal of letting you be able to book on board at NextCruise during the sailing.

Those who choose to book on board during my sailing were being offered an additional $100 onboard credit as a thank you for doing it then and there. Unfortunately for those of us who book through services like URComped, you can’t book through NextCruise as you’re assigned to them.

While I’m bummed to miss out on any freebies, the experience with URComped has never been anything but stellar for me, so I’ll accept the trade-off in this case. I also didn’t have anything I was ready to book while on board, so I wouldn’t have been able to make use of it in this case.

I didn’t ask about what happened if a player overperformed to their previous play; it’d suck to have played to inside cabin level on the previous cruise, played to balcony level on this cruise, and had to wait to next cruise to get a certificate with that reflected.

I’ve seen reports elsewhere that players succeeded in getting a better certificate if they outperformed, so if that’s the case it seems like a good trade-off.

When you play on board, the point earnings rate hasn’t changed – $5 of coin-in per point on slots, $10 on video poker. Points are effectively worth 2 cents, because every 250 points is worth $5 in free slot play.

The host on board told me that they raised that minimum as part of the changes when returning to sea. At least you can still redeem the points for free play, but for many players, it takes away an option.

While onboard Freedom of the Seas, the list of tiers, aside from that 2,500 point level for inside cabins, looked to have more rows than I was used to seeing. Specifically, once you got past balcony, there were some new rows indicating a higher point level to unlock additional dates.

When you earn a certificate, you’re given a list of dates that you can choose from for your certificate. Presumably they are cruises of a certain value, or dates that aren’t as booked up they’re trying to prioritize. The additional level indicates getting other, more valuable dates added to the list if you hit the higher number.

This may be an effort to try to encourage players to keep going vs. stopping given the bigger leaps that take place after balcony. If so, I’m sure some will find it just fine.

The basic program is still as it was before – the point earnings are the same as before.

Your point earnings are per trip, not per day, so longer cruises simply give you more time to hit those trip targets for certificates.

Points expire at the end of a cruise, so it’s worth converting them to free play (or onboard credit if you can hit that new minimum). Tier credits stick around and multiple cruises are added together during the tier window to determine your tier status.

The basic benefit of getting to PRIME status by earning 2,500 points in a cruise still remains. Earning points on tables remains a ton harder in most cases than on slots or video poker.

So, overall, the program is largely what you remember, with a few adjustments.