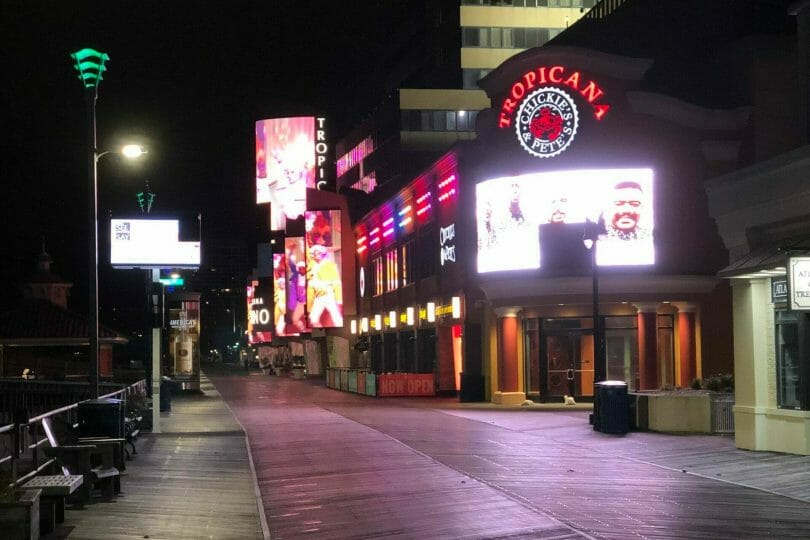 Tropicana Atlantic City sent out an email last night (as of this writing) announcing their tier changes due to the COVID-19 casino closures. Tropicana Atlantic City is owned by Eldorado, which is in the process of acquiring Caesars Entertainment. Sp it might not be surprising to learn many of their announced changes follow closely with what Caesars Rewards has announced.

Let’s go through each of the changes in turn, and what that means for you as a player.

Like Caesars Rewards, Tropicana has lowered the earnings targets to level up in 2020. The numbers were cut by 20 percent, just like Caesars:

The 20 percent reduction is about right for how long the casinos were closed, presuming players play at the same level for the rest of the year, far from guaranteed. However, it certainly makes targets more achievable.

Those who earned a tier status for 2020 will also see their status extended throughout 2021, also like Caesars Rewards. But for players who have not achieved a higher tier, they now have a lower target to hit, per the above.

So for players who decide to avoid the casino in 2020, they can still count on their status to be there for 2021.

Post-Merger Details to be Seen

It would therefore make sense to see Tropicana convert over to Caesars Rewards at some point; what remains to be seen is how long it takes to combine these systems. Eldorado to this point has not merged many of the various card programs across their acquired portfolio of casinos, and these projects usually take awhile regardless.

Tropicana Atlantic City players are getting similar treatment to Caesars players, which makes perfect sense given the in-progress acquisition. Players who have earned a status and want to keep away from casinos for a bit can be comforted in knowing their status will be waiting for them next year as well.