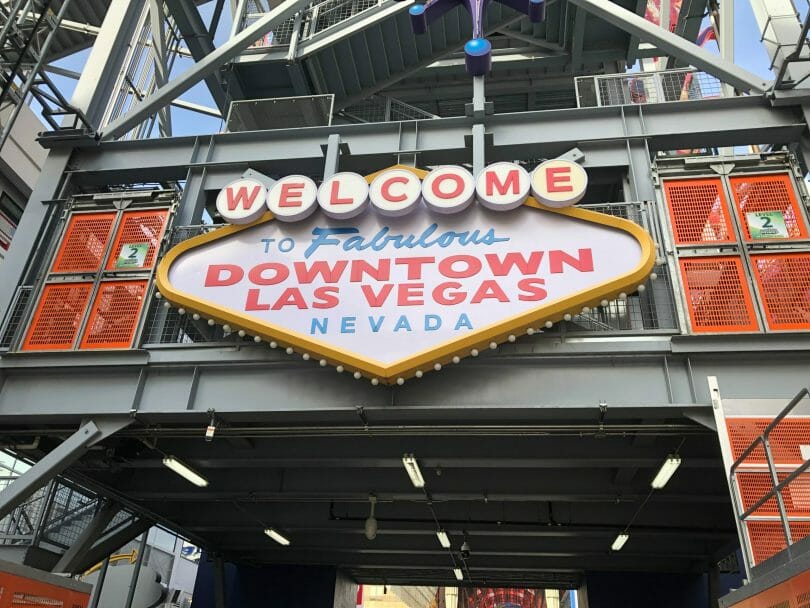 One of the websites I’ve admired for doing a crazy amount of heavy lifting in service for gamblers like us is Vegas Advantage, primarily authored by John Mehaffey. One of the big draws is his table game surveys, which look at how the various gaming conditions play out across Las Vegas casinos, surfacing both the best and the worst.

Recently John spotted what appeared to be unattributed lifting of one of his previous years’ surveys, which had been licensed to another publication for use. As he noted, things that had been accurate in his survey that year, but not today, was consistent for the bulk of the blog in question. Worse yet, the publication in question was the blog for the Fremont Street Experience, leveraging (what else) the data for the casinos downtown, but specifically the FSE members.

While the legal part of this is beyond my pay grade, one side effect of this is John’s been taking a pretty blunt look at whether downtown Las Vegas casinos are truly offering the value everyone thinks they are.

Conventional wisdom has said for a long time that you’ll get a better gamble for your dollar downtown. But there have been signs this isn’t always accurate, as the data showing potential cracks in the slot payback differences between the strip and downtown, for instance, where the strip’s overall and penny payback as actually beaten those of downtown.

This has continued to occur at least part of the time, most recently in September 2021, where the strip’s overall paybacks, as well as paybacks for penny slot machines, beat downtown. October 2021, it flipped, with downtown outperforming the strip. But the fact that downtown is beaten by the strip at all, let alone with some regularity, calls into question value. (October is the latest data published at the time this article was written.)

But John spends his time focused mostly on table games and video poker, and given his knowledge, when he raises some issues, it’s worth a review. Let’s look at a couple of them.

The Worst Three Blackjack Games in Vegas Are All Dealt Downtown

The headline really says it all, but John points out that all three have something in common, which is a mandatory side bet. At least one of the three games in question are dealt at Golden Nugget, Fremont, Binion’s and Four Queens, which is a significant percentage of the downtown casino line-up.

He takes particular issue with the fact that some are advertised as 3:2 Blackjack tables, but the mandatory side bet more than makes up for the house edge differential, making it worse than a standard 6:5 game. Noting Nevada has very minimal regulations on Blackjack, he shares his thoughts on how to fix it and it’s well worth a read.

The Strip is a Better Value for Certain Games

In another article, he compares table games and beyond on Fremont Street to the Strip to determine where the better value can be found, and it’s a mixed bag. His article is well worth a skim on his experiences, which are quite in depth.

The Blackjack section in particular shows how important it is to understand the rules at various casinos if you want to get the best potential bang for your buck. There’s great value options on both the strip and downtown, if you know where to go and what to look for. John will have you set on that.

John has completed the 2021 survey. It’s available for $15 from his site, with a coupon code available if you buy before the end of December that knocks it down to $12. Just playing at the right casinos long enough with better rules should more than pay that back for you, so I highly recommend it. It also helps support an independent publisher who’s doing some great reporting, so it’s an added bonus.

But if you want a taste of what information he’s compiled for this year, two recent blog posts highlight some values.

First, he covers the Fremont Street area specifically and lists some of the best games available downtown. There are a number of casinos that have great options, and so that’s worth checking out if you’re a downtown fan and want to play the best Blackjack conditions.

And, for a wider view, he outlines the eight best Blackjack games available in Las Vegas, and where they’re available.

Looking at what every casino is offering for table games is a massive undertaking, and I for one am appreciative for what Vegas Advantage is offering to players. I purposely have kept details light here specifically because I want you to see for yourself the value that John is delivering. I encourage you to check out his site and blog, and if you’re a regular table player, be sure to get your copy of the 2021 survey in the Vegas Advantage Newsletter.