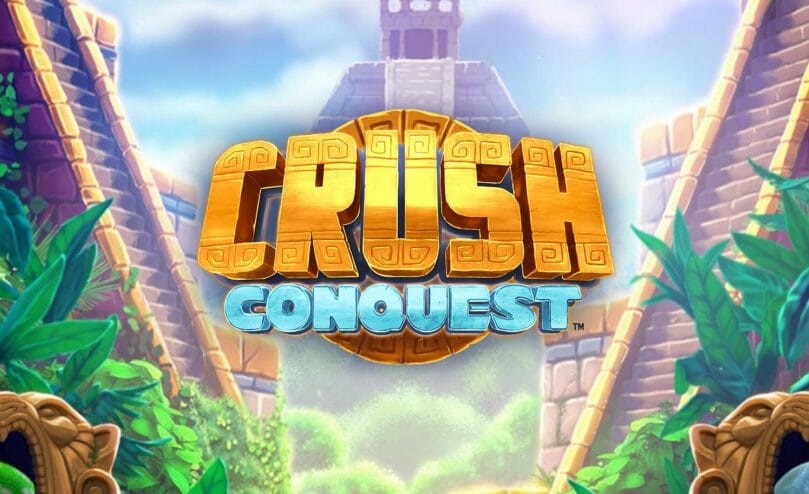 This game takes a prize-first approach and when you hit Spin, it checks to see if you’ve won a prize or not based on what the RNG result was at the time of hitting Spin.

The game designer of Lightning Zap was approached by a salesperson at Everi who had an unusual concept for a game, but thought he’d have a receptive ear. He was correct, and Juan Mariscal, Director of Game Design for Everi, transformed his idea into what is now a pair of new games from the company.

For today’s deep dive we’re going to take a look at Crush Conquest, one of the games that came out of that idea, but for a different approach I’ll be sharing some of the details from the game designer himself, to walk you through what makes this game special.

The game is setup in 50 credit increments. Like Lightning Zap, there’s no reels like on a traditional slot machine. This game takes a prize-first approach and when you hit Spin, it checks to see if you’ve won a prize or not based on what the RNG result was at the time of hitting Spin.

There’s a few ways where it differs, however. First off, there are four different boulder colors: Green (mossy), Gray, Gold and Pink. Green boulders are the most common, and tend to favor the lower prizes. As you move up the color series to Gray, to Gold and to Pink, each boulder will favor increasingly higher prize ranges, although any prize is available at any boulder level.

The available prizes for any boulder crushed are 60-50,000 credits times the bet multiplier, or one of the progressives shown atop the game. However, if you crush higher-end boulders it will upgrade your prize if it falls below a certain number:

Another differentiator is effectively each boulder color works like a different mini game, according to Mariscal. “Every boulder type is a different math model,” he said. “You can see these, project them coming, once you get through whatever boulders are in front of you.”

As such, the pink boulder is the hardest to crush, but has the most potential. “Pink boulders, you’re playing over a 100 percent RTP game. How far can we push it out to make the game enjoyable?”

The two versions of Crush tweak those ranges, in part to see how players feel about each version, for further understanding of what may work in the future.

Conversely, of course, the Green (mossy) boulders aren’t going to be as exciting. “It’s almost inverted in a way,” Mariscal said. “It’s a lot easier to break, but on average pays a lot worse than the gold or pink prizes. When you’re at a mossy boulder, you’re trying to move on, move on to the next more fun bonus.”

Boulder trails appear on either side of the main crush game; after a boulder is crushed, you have a 50/50 chance of a boulder coming from the left or right side; Mariscal equated it to a coin flip.

The goal is to give you an idea of what’s coming, so you have something to look forward to crushing, and in development the idea of two trails was more exciting from a visual and play perspective than one, 10 boulder trail, Mariscal said.

The overall payback potential on this game, similar to Lightning Zap, is heightened in terms of the options that are given to casinos vs. a traditional slot machine. The Crush series plays faster compared to traditional slots so game RTP accounts for this to ensure time on device is similar to conventional slots.

One last note about the game, which often comes up when animations come into play: With each losing crush attempt, the boulder may become more cracked and look less stable; this, like the pots/fireworks/etc. on other games, does not indicate the boulder is more likely to break, but just showing the effort since the last broken open boulder.

“Similar to a game like Zap, each outcome is independent of the one prior,” Mariscal said. “When we had this rock crusher, the player and boulder character are connected in their feeling towards this rock.” You’ll see the character get frustrated/upset as more attempts fail, designed to connect with the player playing. When it does crush, the frustration melts away to happiness and smiles.

The Rampage feature sees the boulders getting crushed in quick succession, up to a total of 26. In lieu of a standard free spins bonus, this is what players can enjoy as a feature.

Under the hood, Mariscal says it’s actually working similar to a free spins bonus, but like other aspects of the game to streamline and speed up the action, it’s focused on the wins. “It’s the same as a free spins bonus, giving the player a random number of free bets, only we do not display the losing parts of that sequence, we only show the winners,” he said.

So ultimately when you’re watching the Rampage play out, it’s effectively a bonus round on hyper speed, getting you to the total win quickly and efficiently.

When crushing a boulder in the base game, it could cycle through the various progressive names. Pressing the Play button again will crush the boulder and award the progressive, but it already knows which one it’s going to give you, so it’s predetermined (and pressing the button as such just for fun). The cycle also isn’t shown in a way that implies the odds of winning a progressive.

Progressives can’t be awarded on the same crush attempt that triggers a Rampage.

Clearly with the better boulders having better prize potential, if they’re around and close to being available, that would be a better scenario than 10 mossy boulders, although the way the game’s designed with two channels it doesn’t seem particularly likely to find it like that.

Also, mossy boulders can be crushed and moved aside faster than the higher-end boulders, which keeps the action moving towards the better boulders.

With the two versions of the game having a slightly different structure, you’ll need to check out each in turn since they may look similar on the surface but will ultimately play a bit differently in reality. The colors on the two games differ, so you’ll also want to acclimate to each in turn as well.

Here is an example of gameplay from the Crush Conquest game, as provided by Everi:

Here is an example of the Rampage feature on the Dynasty version, also provided by Everi:

Diana Evoni had an incredible run on the game in her first attempt, including multiple Rampage runs and a progressive:

Thank you to Everi for providing help with this article: Juan Mariscal for the interview, and Michael Conway with the graphical assets!