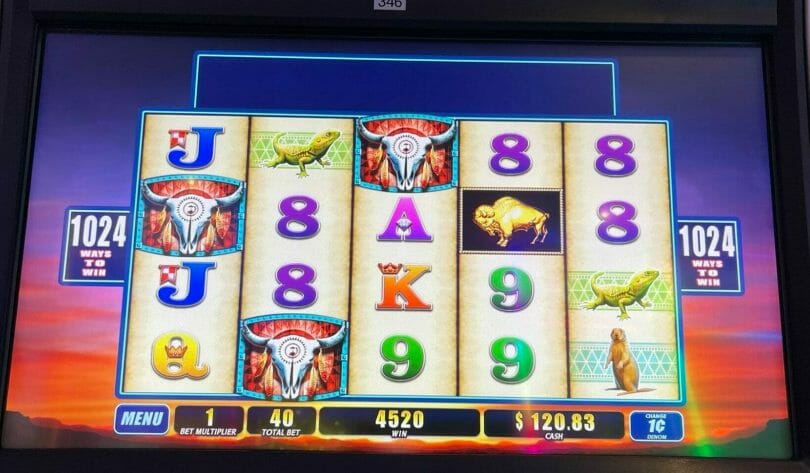 There was a period of time when various slot manufacturers were trying their hand at a Buffalo-style clone or near clone. WMS was not immune to this, but they generally had a bit of a twist on the format which in many ways made the game tougher.

The game otherwise follows a lot of the standard Buffalo rulebook. 40 credit bet increments, a 5×4 all ways pays reel set, three or more bonus symbols triggering the bonus with a mere two retriggering, and 2x/3x multipliers on wilds during the bonus.

The game’s sufficiently volatile as a result, with lots of dead spins and the occasional strong hit. The count-up speed/music is much different on this game than a standard WMS game of the era as a result.

The game is one of those I like to play when I’m having a good run, or willing to be patient, because a good hit can make a strong deposit to the ticket. I haven’t seen it out and about too often, but finding it on my recent Oasis of the Seas trip made it a fun game to revisit, and as the picture up top shows, a 100x bonus was my reward.

Here is a video from All Casino Action (formerly Slotlady) featuring the game with a max bet session at $4.00 a spin:

TheBigPayback has a video with a live play bonus: