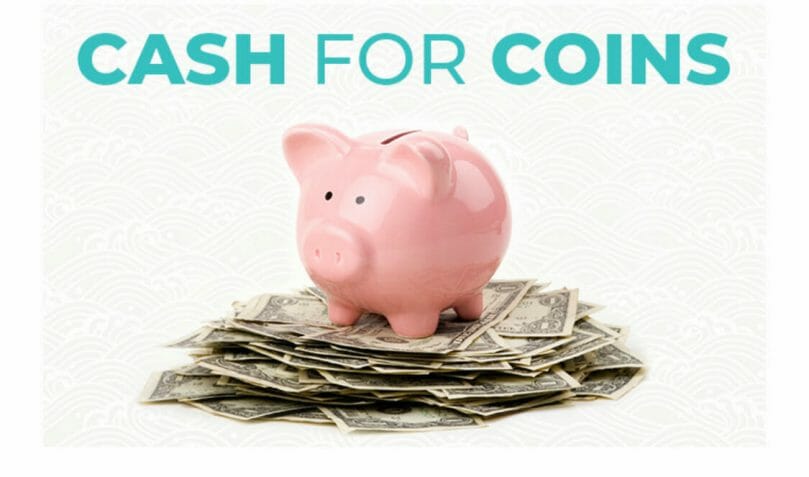 There are a variety of impacts, big and small, from the COVID-19 pandemic, and one of the recent news items to come out of this is a shortage of circulating U.S. coins due to store shutdowns and the U.S. Mint slowing production for awhile.

It’s serious enough that a U.S. Coin Task Force has been established to look at the issue and figure out how to best navigate it until coin production and circulation gets back to normal.

Meanwhile, casinos are opening back up, and, while they’re not nearly as reliant on coins as they would’ve been 20 years ago with people dropping coins into slot machines to play, the variety of denominations on the casino floor means a lot of people with tickets that aren’t round numbers.

One of my regular readers asked a fair question – what will casinos do to deal with the problem? Well, we’ve already seen examples of what they could do, based on pre-pandemic actions already being taken that likely are being evaluated and accelerated given the situation being faced today. Let’s go over a few of the ways they can manage it.

Bribe Guests to Bring Their Change

One of the easiest things they can consider is to buy change off their guests. Since they’ve got a steady stream of guests coming to their properties, all they need to do is offer a bit of an incentive.

The person who asked me about the change question shared an image of a casino offer he received, where they were offering $5 in comp dollars for each $50 brought in.

I personally received a reminder about my free play at one casino, floating that along with a request for change.

This is a marked difference from the past, where I saw many casinos trying to make money off of coin counting. Both MGM and Caesars casinos in Las Vegas have coin counters at some of their properties, but charge a 10 percent premium for the privilege of counting the change and providing bills. Now, some casinos are instead offering a 10 percent premium!

Bribery will certainly help, but there are other steps casinos can take that avoids needing that level of change altogether.

Print a TITO for the Change Amount

Some casinos have been doing this for some time already, but instead of stocking all their cashout machines with a lot of change, they simply opt to print a TITO for the amount of the coin instead, and allowing players to choose to simply walk to the cashier to get the change if they want it, or save the TITO for the next visit.

The reduction in labor and maintenance of the cashout machines is pretty helpful as it’s easier to keep the machines stocked without having to worry about the coins. For players, they don’t end up going home with a pocket full of change that is so desperately needed elsewhere.

Donate the Change to Charity

Many of the casinos that are giving out TITOs instead of actual coin are also offering the ability to donate your change to charity instead of accepting the TITO, right on the cashout machine. Similar to how many shops nowadays are letting you round your purchase to the next dollar to avoid change, this is a similar concept, just rounding down instead of up.

Most of the time four options are given, so you can choose between a few charities, giving you a bit of a decision as to where the money should be going.

Alternatively, some casinos for some time have had a drop box for TITOs to give the money to charity as well.

The reader who proposed the question was wondering if any sort of rounding might happen. This is the least likely, but not without precedent; in Canada as part of moving away from 1 cent coins, they would round up or down to the nearest 5 cent increment. With pennies still strongly in circulation this isn’t as likely here, but I did see at least one example of it happening at a casino.

At Mohegan Sun, I put a $36.60 ticket into a machine to cash out, and I was confused when it cashed out $37 instead – it had rounded my ticket up to avoid dispensing coins. While that may sound expensive with enough ticket cashing, it’s probably still less costly in at least some ways than bribing players to bring their change in and managing all of that.

That said, I suspect they’re doing it because their cashing machines aren’t set up to print TITOs or can’t do it (not sure which).

So, there’s plenty of ways to manage the lack of change, depending on the casino’s preference. And for some casinos, it’s business as usual – MGM Springfield was giving out change during their soft opening this past weekend – but for those who are short on change, there’s definitely ways to handle it.