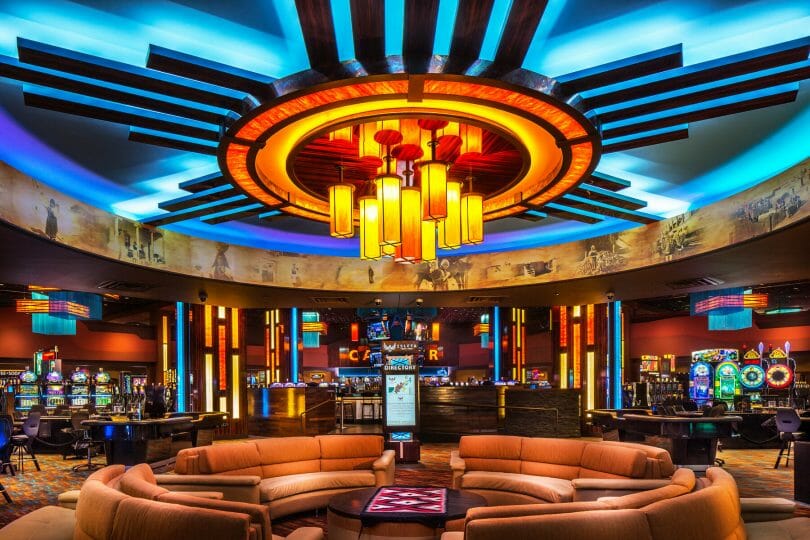 Having had family that lives in New Mexico my entire life, I’ve spent quite a bit of time there, and as such have spent some time in casinos in New Mexico. By far the most time I’ve spent has been at Isleta, a few minutes from Albuquerque’s airport and right off the highway that heads towards where my relatives lived.

While I haven’t visited in a few years now, Isleta is a place I look forward to visiting whenever I’m out in New Mexico. Their efforts to continually evolve and compete in a pretty busy market shows in their investments, the most recent round of which was a $40 million renovation cycle that included a sports book, food court and expanded casino offering.

The casino floor features more than 1,700 slot machines (of which they advertise about 400 of them as new), along with table games. The casino floor feels pretty impressive when you walk in through their great entrance, and they’ve always had a solid variety of old and new games.

They’ve got a couple dozen table games, and I distinctly recall very favorable minimums for that sort of thing – I’ve played $3 Blackjack at the casino before, which was welcome when I was younger and on a smaller budget but still wanted to play some tables. I don’t recall seeing it often (I remember $5 a bit more), but it’s good to know that there’s some lower minimums sometimes available.

Table games are also open 24/7, with a good array of choices such as Craps, Blackjack and Roulette, along with some poker-style games.

Isleta features both a sizable bingo hall and a poker room, for those who like to play either of those games.

With relatives nearby I’ve never stayed at Isleta myself, but have checked out a room before and they’re quite spacious and comfortable. Even their basic rooms are over 400 square feet, and are well set up to relax and enjoy a visit.

The property isn’t massive, but it’s a decent size at about 200 hotel rooms. They’ve got standard resort amenities like an indoor/outdoor pool and hot tub, fitness center and spa.

Isleta features its own players club. They reset the club since my last visit and have not posted any specific details that I can find about it, other than it’s a five tier program and what each level provides as perks. It also works on a 6-month cycle, so you have to play pretty regularly to maintain your tier (someone like myself, who would at most visit once a year, probably wouldn’t gain much from it).

When I played there in the past, the machines had a countdown and you could see how many points you were earning, and you could redeem your points for free play. Many tribal gaming facilities have moved to a less transparent formula based on theoretical loss over time; whether Isleta has done the same is uncertain. But I don’t recall the program being all that bad compared to other casinos I’d played at in that era, and I doubt it’s changed much since.

There were drink stations available during my last visit, a plus. Their addition of newer amenities like a food court address some of the smaller complaints I had about it in the past, which was if you wanted to stay more than a couple of hours your options were more limited for grab and go as they are now.

They have a sister property nearby, Palace West, which is a non-smoking facility. When I visited it last, it was still a few connected trailers, but now it’s a building of its own with a couple hundred slots.

The “Fun Connection” is in a separate building on property offering amenities such as bowling and billiards, something becoming more common in casinos over time but where Isleta had an early lead in offerings.