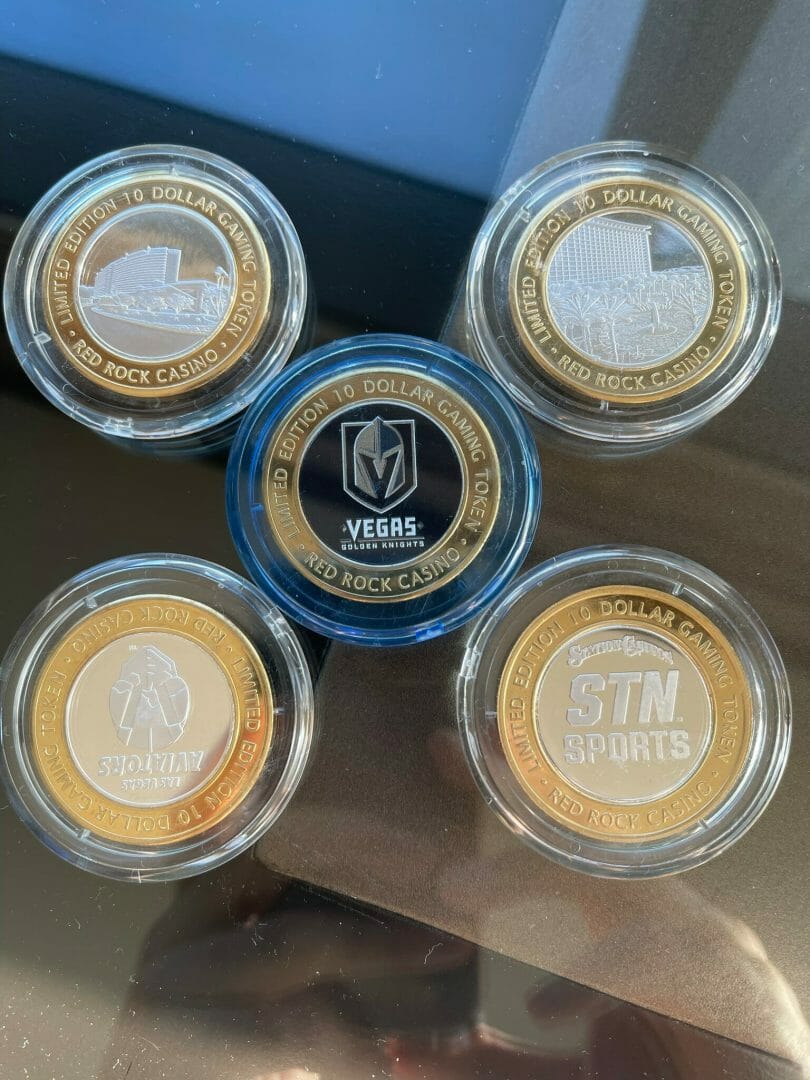 Silver Strikes have been slowly making their way back, and one location they have found their way into is Red Rock, which was a long time coming but has finally arrived in their property.

The machine is a bit different than the ones I’m used to seeing at Plaza or Four Queens; there’s a new LED light package showing off the various strikes, as well as a digital screen which is a nice additional touch to the game.

The game itself hasn’t changed; it’s still based on the classic IGT Double Diamond format, with a Silver Strike symbol on reel 3 dropping a $10 Silver Strike token. Red Rock had four standard strikes and one colorized strike at the time I played it.

One major difference (also apparently a practice at Plaza, albeit with the older machine type) is that they do not load the strikes in any specific pattern. This laid bare quite quickly when I played and got one specific strike out of the five 13 out of 21 times when making my initial attempt to collect all the strikes. One of the five strikes was not coming out. This means it could be more time and effort to get a complete set since you don’t know when that strike you need will be coming.

The Red Rock machines also act differently in that they rotate one slot each time, as opposed to spinning around a bit to get to the slot that will dispense the token.

The combination of these two things has led to some reports beyond mind that it has been quite the endeavor to collect them all quickly, so be prepared for that as a collector if you are trying for a full set. It may come quickly or take quite a bit of work.

Still, it’s nice to see another option in the Vegas area to collect, and hopefully more will follow.