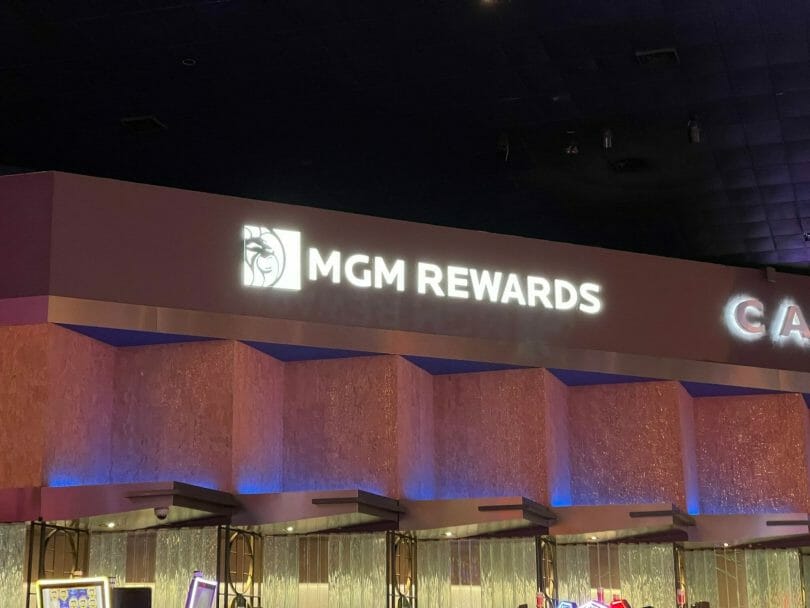 When Leeann from Slot Gypsies Travel and I scheduled last month’s conversation together, we also agreed to a follow up at the end of February, in part because by that time both of us will have traveled to Vegas and stayed at MGM properties.

My trip was in January, when they held over the 2021 rulebook for an extra month, and gave people extra time to earn tier credits under the old, more transparent model.

On February 1, they launched the new, opaque model, although they promised 2x tier credit earnings for three months. One of my fears, and biggest open questions, was would MGM use this opportunity to cut back tier credit earnings to be more on par with regional properties?

Based on our highly unscientific comparison of gambling and tier credit earnings, the answer appears to be yes.

Leeann’s example from her February trip was $17,000 of coin-in with a 2x tier multiplier and earning about 34,000 tier credits, which is about half what she normally earns. She said she played the same types of games and bets she normally does.

In January, I did $10,000 in coin-in on virtually all non-specialty games and earned 32,000 tier credits, without any sort of point multiplier to boost me.

So it appears like with 70% more coin-in, in a non-multiplied scenario, she would have earned half the tier credits I did. Vegas used to earn 5x the tier credits that regional properties did, so that seems like a massive reduction if consistent for others.

She tends to favor link games that were specialty slots in many cases in the old regime, and I earned at 3.25x the rate she did, which is about the difference in ratio from specialty and non-specialty slots.

But compared to her old coin-in, she said it definitely showed a major difference, and if she played the same games as before, unless they reclassified machines in Vegas she was playing as specialty slots, I have to presume it’s a watering down of tier credits, and hers is not the only report of this I’ve seen so far.

For a more scientific approach, I plan on doing some experiments to see how a few different properties compare; because travel isn’t set in stone (it isn’t even planned) the timing of this will be TBD, but over time I’ll share my findings.

We also took more viewer questions, talked about theo/ADT and I gave a quick preview of a post coming up on Saturday, addressing the latest myth floating around many forums and social media groups around free play vs. cash on a slot machine.