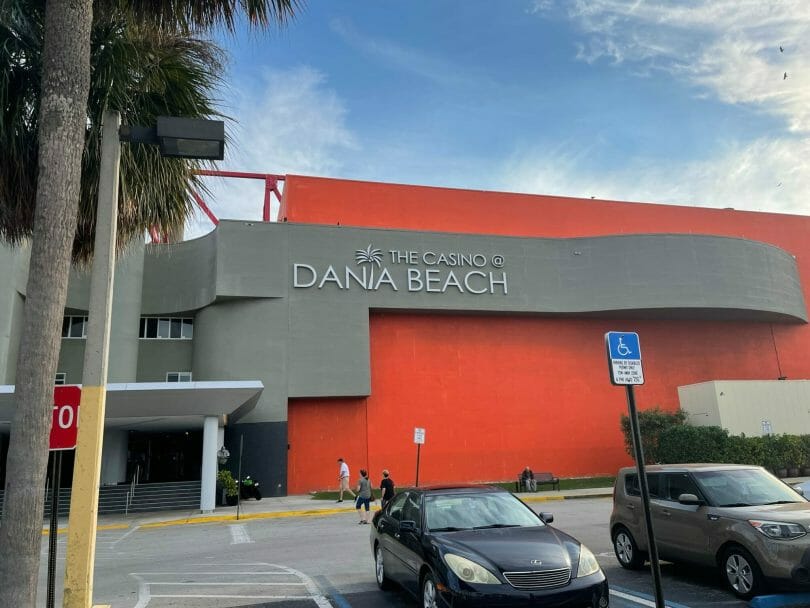 During my recent visit to Florida, I had the opportunity to visit The Casino @ Dania Beach, another local casino property that had its roots in Jai Alai. While they don’t offer it consistently anymore (their website does tout some events), what exists now is a modern casino facility, albeit a simple one without most resort amenities, not surprising given its roots.

The casino floor is not a massive one – they advertise around 750 slot machines on their website, which doesn’t put them much larger than Rocky Gap Casino in Maryland.

The casino floor is not a massive one – they advertise around 750 slot machines on their website, which doesn’t put them much larger than Rocky Gap Casino in Maryland.

Despite that limited machine count, they do have a pretty good diversity of games, both classic ones, in particular ones I’ve found at every casino in Florida that I’ve visited that have a clear demand there, as well as the traditional modern slots you’d expect.

There are no live table games here; instead there are electronic table games. But the regular games like Roulette and Blackjack were available here to play, just computer driven.

Video poker pay tables were pretty close to what I saw at non-Hard Rock options in Florida. For Jacks or Better, I found 8/5 at quarter denomination and 8/6 at dollar denom. The best option (albeit requiring $7.50 a hand) was triple play Hot Roll at quarter denomination. I gave it a go and actually didn’t do too badly, thanks to the dice coming out pretty consistently.

On the second floor they have a poker room, which looked pretty large and spacious.

They have their own players club program, and the earnings were frankly not great. It’s $5 a point on slots, and in the electronic games and video poker area it is a massive $75 a point. You have to earn 500 points to be able to redeem $5 in free slot play, which takes $2,500 in coin-in. You can earn comps faster in other locations, frankly, so this is a bit of a disappointment.

The flip side is they seem to constantly be running promotions with mystery free play, or in the case of one day a week a big 11x multiplier, so there’s ways to take the edge off.

Their dining options are overall pretty low stakes, which works for this facility in my mind. Most venues have limited hours, but they do have a couple of seven days a week establishments so if you’re hungry you’ll be able to find something to eat, which wasn’t the case when I visited Casino Miami last summer.

The casino is in striking distance of the Hard Rock in Hollywood, which has to be a challenge to compete, but some players may appreciate smaller and more local, as well as the more value-based food options. But I’ve seen better comp earnings from similar coin-in at Hard Rock, despite the more opaque way they manage comp earnings.