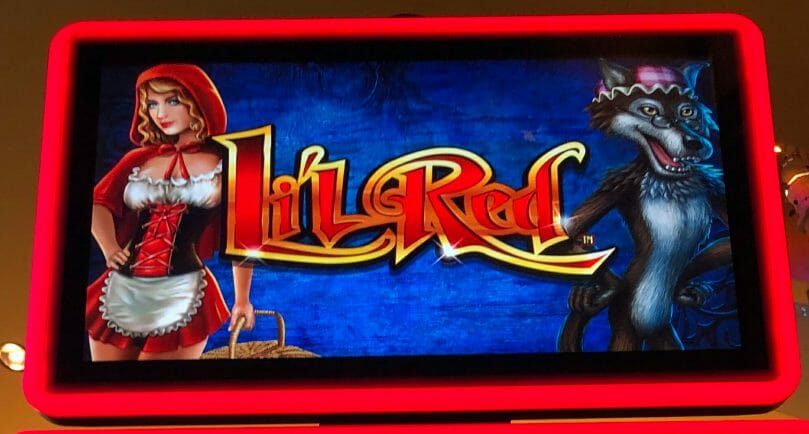 I’ve shared my affection of Colossal Reels games in the past, and Li’l Red in particular, and was happy to see it revamped and relaunched as part of the Super Colossal Reels series.

While the earlier one was less volatile due to its high line count, the new one upped the ante in a variety of ways, not the least of which is the multiplier wilds on the last reel of the Colossal Reels, which can really pay off when you get five of a kind.

He hadn’t even been playing the game for a minute when a couple of things converged. First, he got a mega wild symbol, gold at that, on reels 2 and 3. That means that those wilds transfer to the colossal reels 2 and 3, guaranteeing all 100 lines are a line hit (minus any bonus symbol blockers). Those will actually recur on the next spin.

The new version is clearly more volatile, but that means there’s also some massive opportunities involved, and Neil certainly made it happen! And he managed another $53 with those locked wilds on the next spin, a nice little bonus!