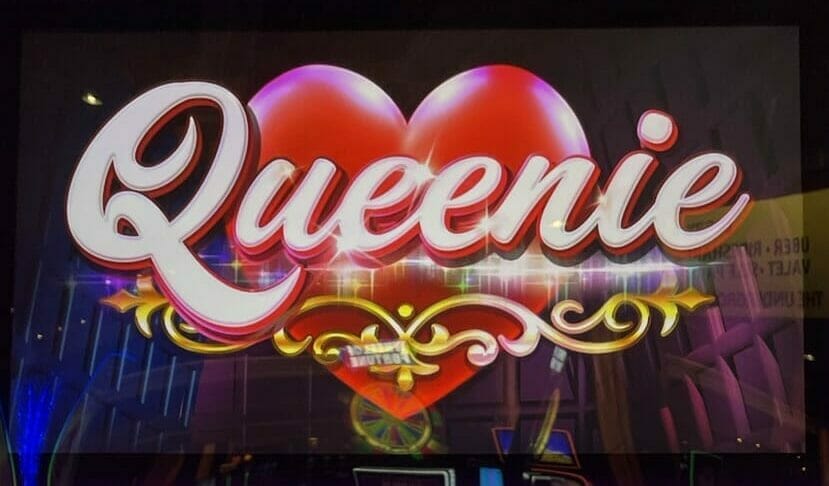 In a recent post, I lamented the lack of online formats coming to physical casinos. When I got to Las Vegas for my most recent trip, I noticed an IGT game that had a familiar element to it – a wheel above the reels with various upgrades listed on it.

This reminded me of a game called Mayan Ruby, which has been in the Wynn Slots app for some time. And it makes sense why – both games were developed by Wild Streak Gaming, who has struck a partnership with IGT to do more games.

The wheel from Mayan Ruby makes its way over to Queenie, and serves as an upgrade feature and core feature of the game (since it’s how you trigger other features too).

Whenever a heart appears on a base game spin, the wheel can be triggered. The wheel can award one of five upgrades:

The wheel feature comes out relatively frequently, making for an active game. I never had a wheel feature which landed a wedge that didn’t improve the outcome, so I don’t think the game is designed to award a dud on the wheel.

Free games can be awarded, and retriggered, via the wheel. The main difference in the free games is a wild heart will guarantee a wheel spin, so the wheel gets involved even more often during the bonus.

The think that struck me through multiple sessions on this game is it’s quite well balanced. The line hits are there, the wheel itself can pay, the jackpot feature can pay, the free games can pay. When they begin to work together it gets really interesting, even at $1.50 bets like I was playing with during these sessions.

The game can certainly have its cold streaks like any slot, but the frequency with which it was pretty active with wheel spins and bonuses was often enough that I think this will be a game with some staying power.

VegasLowRoller played Queenie in this video:

NewEnglander82 played Queenie and had an epic run:

Slotty by Nature had a good session on Queenie as well: