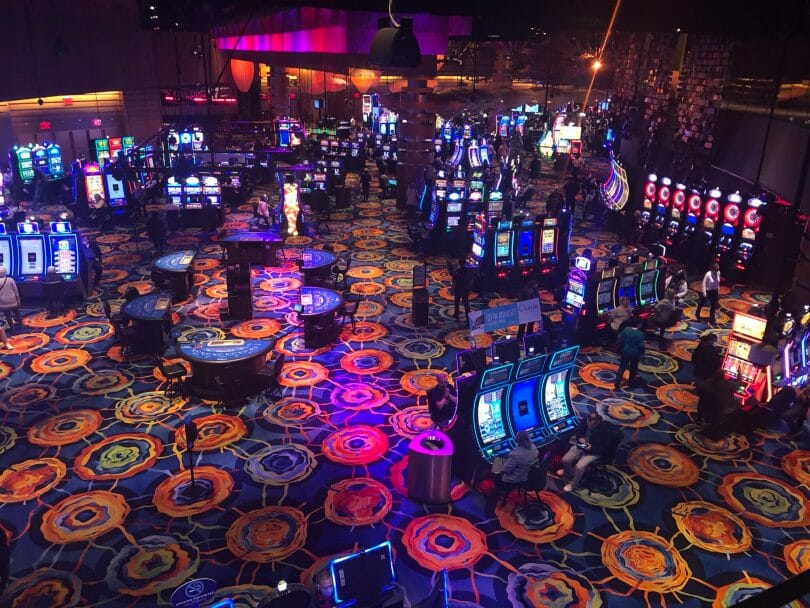 Slot Queen has had her share of massive wins, but one of her best wins of all time was on a penny denomination, $1.40 bet on Mighty Cash Outback Bucks, a game that (like other Mighty cash variations) has a variety of progressives and jackpots that can be won on any bet level.

The clip starts at 7:22 and shows her midway through an 8 spin bonus, having landed the Mighty Cash feature.

This particular version is somewhat unique in that it has a repeater feature. The various prizes at the time of the trigger are added up and put on the top screen. if you get a tree symbol, the repeater prize is assigned to that tree, and does so each time it appears.

Best of all, progressives repeat too, so if you get a Major, for instance, you get paid it each time the tree appears, along with the original instance that landed on the screen to begin with.

In this case, that’s exactly what Slot Queen landed, along with a Minor. The Minor was worth $30, but the Major was at $1,573.71 when it landed as one of the original prizes.

It was her first time playing the game, and she wasn’t even initially sure she won the Major. On her second spin, she landed a tree, getting $37 and the Major. On spin 3, it happened again. Then on spin 4, it happened a third time, leaving four majors on the board!

Outback Bucks is similar to some of the other early Mighty Cash games that you can choose how much you wish to invest in the Mighty Cash feature, which can drive down betting on nickel or dime denomination, but even on pennies it’s quite possible to take home a massive win on a small bet.