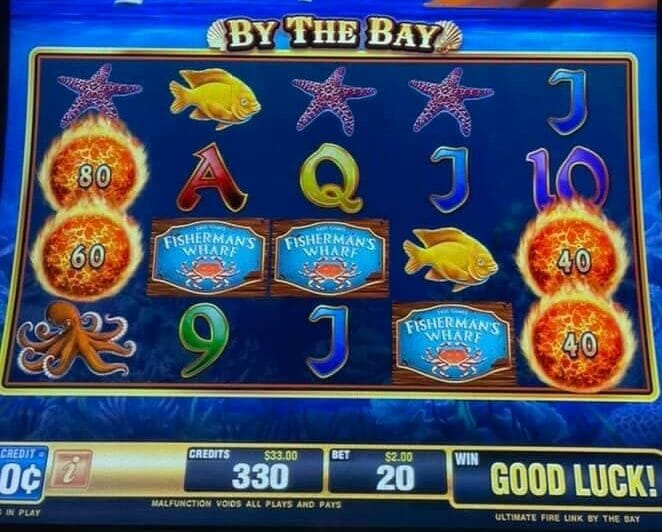 About 10 days before this post went live, I won my biggest jackpot of my life, winning the Grand jackpot on Eureka Reel Blast. So I certainly have a recent experience to just get an idea of what it was like when Slotaholic did the same.

This is another bonus featuring Ultimate Fire Link, which we’ve been featuring a lot lately but the wins have been quite awesome, so why not? The segment starts at 12:19 in this video:

Josh (Slotaholic) is in the high limit room, and decided to play dime denomination and opts for a $6 bet on that denomination. The Major was very large at that bet, which is why he decided to give this machine a swing.

It only takes about a minute and a half for him to get into a Fire Link bonus. Right at the beginning of the Fire Link bonus, the Mega decides to make its presence known in the top row. Of course, to win that ball, you have to get all the way to the top and unlock the row with it. So it isn’t anything necessarily to get excited about right away, even though it’s a rare appearance.

A couple of rows in, the game seems like it’s starting to slow down, not unusual for this bonus, but he continues to pick them up one at a time, and proceeds to unlock the second row from the top. Now it’s down to just three more fire balls to unlock the Mega, which is over $22,000!

He lands one. On the final spin, he lands another, and the counter resets. Now it’s just one fire ball away! The title of this article and the hero image of his video will give you an idea of what happened next.

It petered out after that, but when you’ve got the Mega, you can forgive it for not pushing any farther. The final total was $22,613, a massive win on a $6 bet!

Winning that top jackpot on Ultimate Fire Link isn’t easy, so it was great to see someone like Josh make it happen.