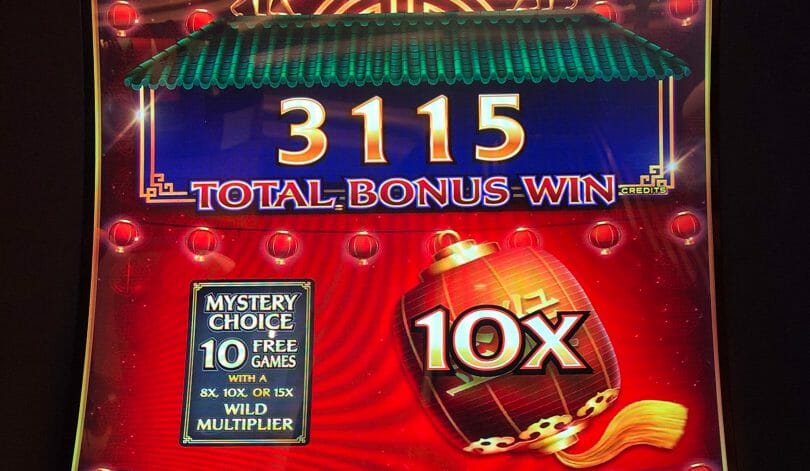 Most people think of Link games as having the symbols with numbers on them, and collecting those numbers for big paydays. But Link games tend to have a free spins bonus as well, and it’s there where the more unique natures of each game comes out the most.

Like Lightning Link, whose bonuses I previously covered on the site, Ultimate Fire Link features a common core link mechanic, but has varying free spin bonuses based on the theme. Each has something to offer, but players may favor one bonus model over another.

To help you out, I’ve compiled a list of the various Ulitmate Fire Link bonuses, and which themes feature each. Also like Lightning, multiple themes share the same bonus. There are four bonus types in the Ultimate Fire Link series as I write this across 10 themes.

This is the most straightforward bonus version, and what I consider the baseline free spins bonus, as the others go off in more unique directions. With Olvera Street being one of the debut themes of the series, it also was one of the first to be seen in casinos.

The free spins bonus for these versions features 10 free games without the fireballs. Stacked wilds are included, improving the chances of a sizable win. You also have the chance to retrigger by getting 10 more bonus spins.

The second free spins bonus gives you a choice between different free spin options, each with their own multipliers, a la a 5 Dragons or 5 Frogs.

Because it’s a wild multiplier, only spins with a wild in them will multiply, and it will choose between the three options for each line hit.

The fireballs are also not present in this version, but plenty of wild symbols are available to help get some line hits with multipliers. You can retrigger with the free spin symbols.

Here’s a China Street bonus from Slot Queen, starting at 6:04:

Featured on: By the Bay, North Shore, Country Lights

This version of the free spin bonus goes in a different direction by introducing double high reels, similar to the grid that a Fire Link bonus would present. The whole grid is available, and any fireballs landed are collected automatically during this bonus.

All symbols are generally stacked in 2-3 position clumps, including the wilds, which

You can retrigger in this bonus with the free spin symbols.

Brian Christopher shows an example of a By the Bay bonus, starting at 9:35:

In this version, the reels are normal sized like the first two bonuses. These reels do have the fireballs, which like the previous bonus is collected anytime they land.

Where this bonus is different is the starting out point of five free spins, but anytime a bonus symbol appears an additional spin is added. Since they appear in the middle three reels, 1-3 spins can be added in any bonus spin. It’s not uncommon for the spin counts to get into the teens and twenties. This differs from the other three, which have a more traditional free spin bonus retrigger.

Here is a Route 66 bonus from Brian Christopher, starting at 17:49: