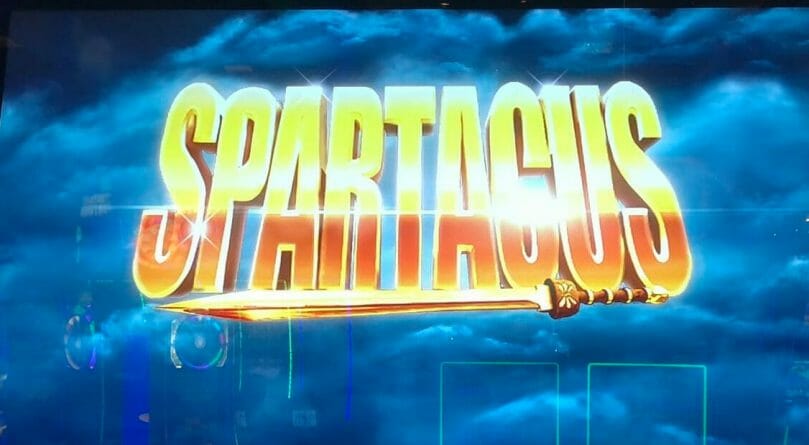 Spartacus is one of the newer Super Colossal Reels games that have hit casino floors over the past year or two. The game has serious potential, with sticky wilds, multipliers and mega wilds. When all of them come together, it can make for a potentially exciting combination.

That was the case for Slotlady, who managed to get all three at the same time during a free spins bonus (itself hard to get) while playing the game at a $5 (100 nickels) bet.

In the video embedded above, she plays the game for a good period of time, a nearly half hour video, with the bonus at the end being where the magic happens. Not only does she get the mega wilds, which expand to fill up two reels on the main reel set, she gets a third reel of wilds, also on the main reel set.

When wilds appears anywhere on a reel in this game, they expand to fill the reel and then clone over to the Colossal Reels set. Luckily for Sarah, it was the first three reels that got it. Then, on the fifth Colossal Reels set, she got largely multipliers, with a premium symbol on reel 4, leading to a massive outcome.

The multipliers and extra wilds show off the potential of the game, which compared to the original Colossal Reels series is a lot more volatile, but also has some amazing potential.

For those who enjoy this game, or want to play others like it, keep in mind the new Li’l Red is a clone of this game, and there are new Super Colossal Reels games now hitting floors as well.