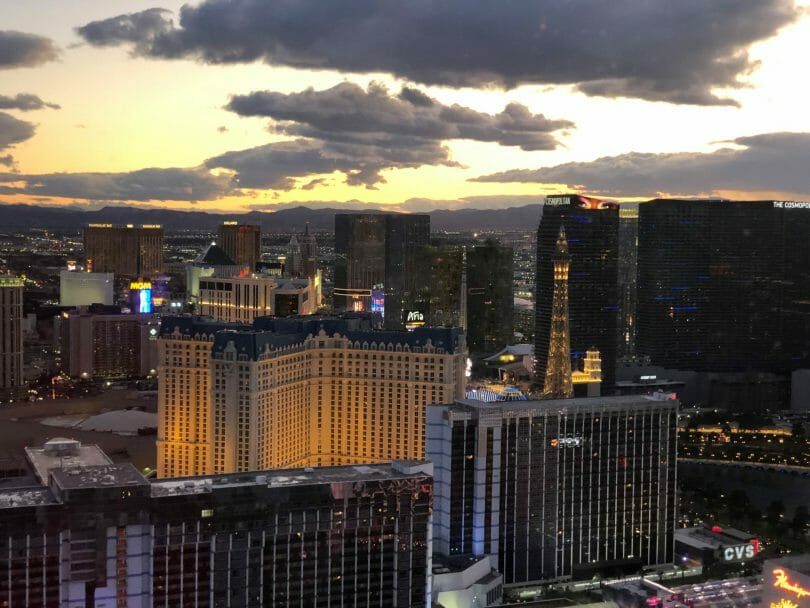 For nearly a year, I’ve written mostly about slots, comps, and the like, but the general goal is about being savvy. Part of that is being able to not blow your gambling budget.

But what about your non-gambling budget?

During my recent trips to Vegas, I’ve been experimenting more with how I deploy my resort credits from offers, celebration dinner from Caesars Rewards Diamond, and so on.

I’ll admit I’m not a huge foodie; an expensive dinner now and then is a fun diversion, but I don’t usually deploy my spending money that way on a trip to a place like Vegas. Am I missing out on some experiences? Sure. But if I plan on gambling, taking in other types of experiences, and so on, I sometimes have to pick my battles, and I tend to aim for more utility than anything else.

Thankfully, most casinos have as a cornerstone food offering the buffet. You usually have a number of culinary stations covering various popular themes (American, Italian, Asian, desserts, carving station, and so on) and while the buffet quality can vary from place to place, many are usually a solid value for what they provide.

One thing I discovered that I didn’t realize existed was the concept of an all-day admission. With this you can return to a buffet (or group of buffets, we’ll get to that) multiple times within a window of time for one purchase price. This can bring down the cost per meal to something quite affordable, especially those with families.

Some may say that’s too much buffet, but I’ve personally found I eat differently when I know I can just go back later, and tend to not overeat like a once in a blue moon buffet visit at home. That’s actually better for my system, I don’t off while enjoying the rest of my day, and I know I can get food when I can get hungry.

So in today’s post, let’s cover strip casinos that have an all-day buffet option. In the future, if enough people find this information interesting, we’ll layer on some other topics in this category.

Caesars Properties: The Buffet of Buffets

Caesars only offers one option for its buffets, which is a 24-hour pass called the Buffet of Buffets. As of this writing it can be used to access the six casinos with a buffet Caesars Entertainment owns in Las Vegas:

*An upgrade charge of $25/visit for breakfast/lunch or $35/visit for dinner is required to use at Bacchanal Buffet.

With the Buffet of Buffets, the time starts at purchase and runs for 24 hours. So technically you can get four meals in if you plan appropriately. The Bacchanal can be a nice upgrade if you haven’t experienced it as well.

You can use your Celebration Dinner for reaching Diamond to buy this. If you do, kick off your cycle at the Bacchanal Buffet to maximize your benefit, as since this is priced under $100 otherwise, you’ll lose some value by not spending it all. You can combine Celebration Dinners to buy multiple passes; a friend of mine took two in December and bought three passes on a weekday, so $210 with a $200 deduction worked out to about $10 out of pocket for three of us to eat for 24 hours.

Mlife works it differently, selling a wristband at certain buffets but not letting you eat at any other properties. For awhile Luxor and Excalibur had a shared wristband policy, but when I visited in December I was told that had been ended. Mandalay Bay was offering one in December when I visited, but that also seems to have been discontinued for now.

Since each property has its own wristband option, each has its own rules. Instead of writing each up in turn, as these rules tend to evolve more quickly than the Buffet of Buffets, I’ll link to the buffet pages so you can see what the latest is.

One thing that’s common about all of them is there’s a cut the line privilege if you have the wristband, even ahead of the high players card levels, since there’s nothing to pay, so it tends to be a quick transaction to move you along. One day at Aria the line was huge, but the wait for wristband holders was non-existent – that was a great feeling, and usually it’s easier to buy for breakfast so your entire day is pretty free of food line waiting.

With that said, here’s the properties that offer an all-day wristband option as of this writing:

The three above have been the three that have maintained the option for awhile, so it’s likely those will remain the three. That said, always check the pricing pages of the various Mlife buffets for changes.