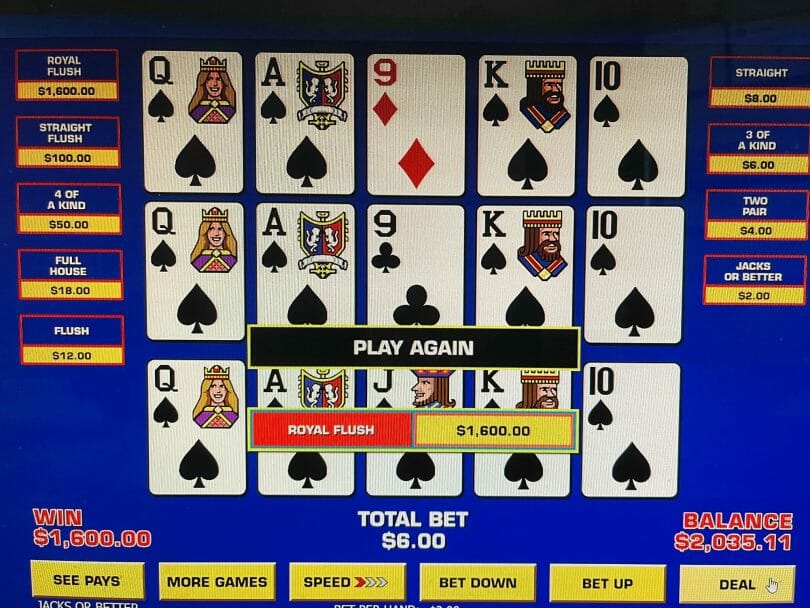 When Mlife converted to MGM Rewards in February, one big change was that it was no longer clearly listed how you earn tier credits. I took trips to MGM Springfield and Empire City and it looked like the new world order was earning 8 tier credits per dollar of theoretical loss. This was backed up by reports from others doing similar checks to me.

I also noted that MGM was doing a 2x tier credit multiplier in Las Vegas, and it was the combination of that information that led to a question from a reader:

Are you certain about the 16 tier credits for theoretical dollar lost? I was just in Vegas last week and lost $50 playing video poker (not sure what that is in theoretical loss) but I definitely didn’t get 800 tier credits for it. Just trying to figure out how everything works with the new mgm rewards thank you!

My tests were more heavily on slots than video poker, but where I did the tests the math still lined up. The trick here is theoretical loss vs. actual loss.

Let’s say you’re playing 7/5 Jacks or Better which has an expected payback of around 96% (for the sake of simpler math I’m going to be rounding off the numbers). For every $100 you put through that machine, the casino will calculate a theoretical loss of about $4 (the remaining 4%, since it pays back 96% over time).

Of course, in reality you could get a royal flush, or not get many good dealt hands – your actual performance will vary more widely – it’s highly unlikely it will work out to exactly that percentage. So my guess is your play yielded a below average result and so your money just didn’t carry you as far.

In my tests on that exact game at one of their properties, I got 33 tier credits, which is about 8.25 tier credits per $1 of theoretical loss. That test was in an MGM casino where it’s not under a multiplier; Las Vegas is in a 2x multiplier so I’d expect that to be double.

One further note: I do not know if MGM is able to precisely calculate the theoretical loss for each game and award that based on the one you select, or if it’s an average across the machine, which may explain why I got 8.25, but it’s close enough to the expected tier credit earnings to line up..

To your question about knowing if you earned what you should, a better way to know how you fared is if you can see your coin-in for that video poker session. If it was all you did that trip, or all you did at a particular property, you can see how much in wagers you did, based on the pay table of the game you played you can know what the game’s expected payback will be. In turn that should tell you whether you earned the correct amount of tier credits or not.

So that could easily be why you didn’t get as many as the expectation – if you just didn’t have enough winning hands to keep you going, it could mess up your ability to earn tier credits. In the end, using the theoretical loss as its basis still in part is about how much you play, but it also takes into account how much they expect to win off of you, vs. just a set amount of bets. At least with video poker, you have a sense of what that number will be, since we know what the pay table is, and therefore the overall expected payout.

If you’re unfamiliar with Video Poker pay tables and how much a game is expected to play, you can check out sites like Wizard of Odds or USA Casino.