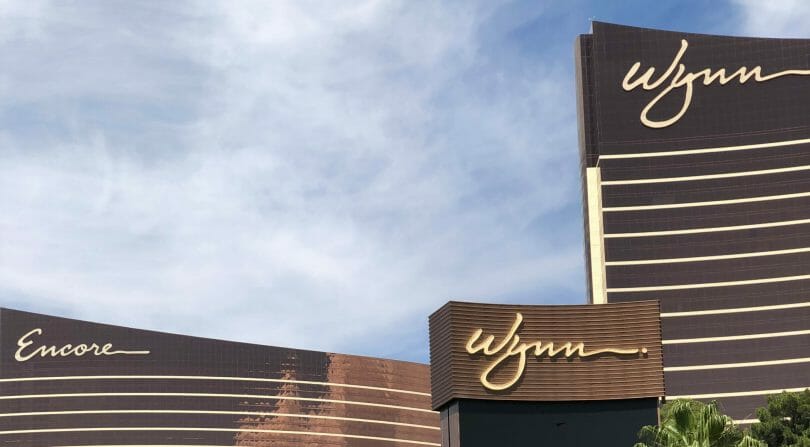 Late last year, Wynn/Encore Las Vegas announced they were replacing their previous Red Card program with a new multi-level program, Wynn Rewards. The new program mirrors how their program works at Encore Boston Harbor, which means changes that are both beneficial and negative. Let’s look at the new program and how it differs from the old.

The new program features three tiers, which the previous Red Card did not have:

Tier 2 requires some level of slot coin-in, not defined in the program, so it’s not clear how quickly you’ll earn, and likely varies per machine.

At the second level you unlock 20% bonus in earning points on slots, birthday FREECREDIT, a complimentary birthday dinner and spa credit, and more tangible values that may be quite valuable for a regular Wynn player. Black card players get further boosted versions of these bonuses.

What’s more, the terms and conditions indicate that the Wynn/Encore Las Vegas and Encore Boston Harbor will look to be under the same program now. So if you’re a New England resident, you can earn and maintain your tier at any of their U.S. properties. That can certainly be a positive as well.

The terms confirm that this is an annual cycle, linked to the calendar year, so you have from Jan. 1 through Dec. 31 of a given year to earn and/or maintain your tier.

The previous Wynn Red Card program in Las Vegas was pretty basic – you earned 1 point for every $1.50 on slots; Video Poker started at 1 point per $6 but could go higher depending on the pay table. The new program is much slower to earn points, but unifies it with Encore Boston Harbor:

This means you have to do at least 3x the wagering to earn the same number of points on slots, and nearly double on video poker. This is certainly a negative.

They have lowered the threshold to redeem points for FREECREDIT, their term for free play. Your points last a year, and you can convert a minimum of $5. But that $5 is based on $2,500 in coin-in to earn, so earning FREECREDIT off of pure play is not going to yield much. Of course, many Wynn players will get offers that include FREECREDIT off the bat, so this may not be the most important, but it is certainly a reduction from before.

You have 12 months to convert your points to FREECREDIT and 30 days once converted to use the FREECREDIT. This is similar to what existed previously.

What’s new to the program is you can now also earn comp dollars, which they call COMPDOLLARS, based on the vague “depending on the game, how long you play and average bet” line that basically means your theroetical losses. This is not unusual for other casinos in the New England market, and MGM made the switch themselves around comp dollars, so it’s not surprising Wynn/Encore is doing it this way.

Some of the lost benefit on free play may be made up for by having this COMPDOLLARS bucket now – if you were the sort of player who wished you could earn more comp dollars to spend at the resort, this is going to probably make you a bit happier.

COMPDOLLARS can be redeemed for dining, hotel rooms, their spas, salons and golf course, as well as purchases at select retail stores. So there’s a pretty good array of choices to spend them.

There are daily earning and spending caps on COMPDOLLARS that are in the thousands of dollars, but if you’re playing high enough limit for long enough, it’s helpful to be aware of this as well.

More on Those Special Perks

Those Black and Platinum card level perks for things like birthday spa, dinner and FREECREDIT values can be redeemed at any point during your month of birth. So you don’t have to go on the precise day to take advantage.

The Black Card has other premiums such as additional room stays and so forth, which may or may not be valuable to players already playing at that level if they have casino offers already. Tower Suite upgrades and airport transportation similarly is interesting but listed as a more concrete perk; VIP check-in is always nice too.

But with gambling $350,000 in slot coin-in to reach that level, one would hope they’d take decent care of those players.