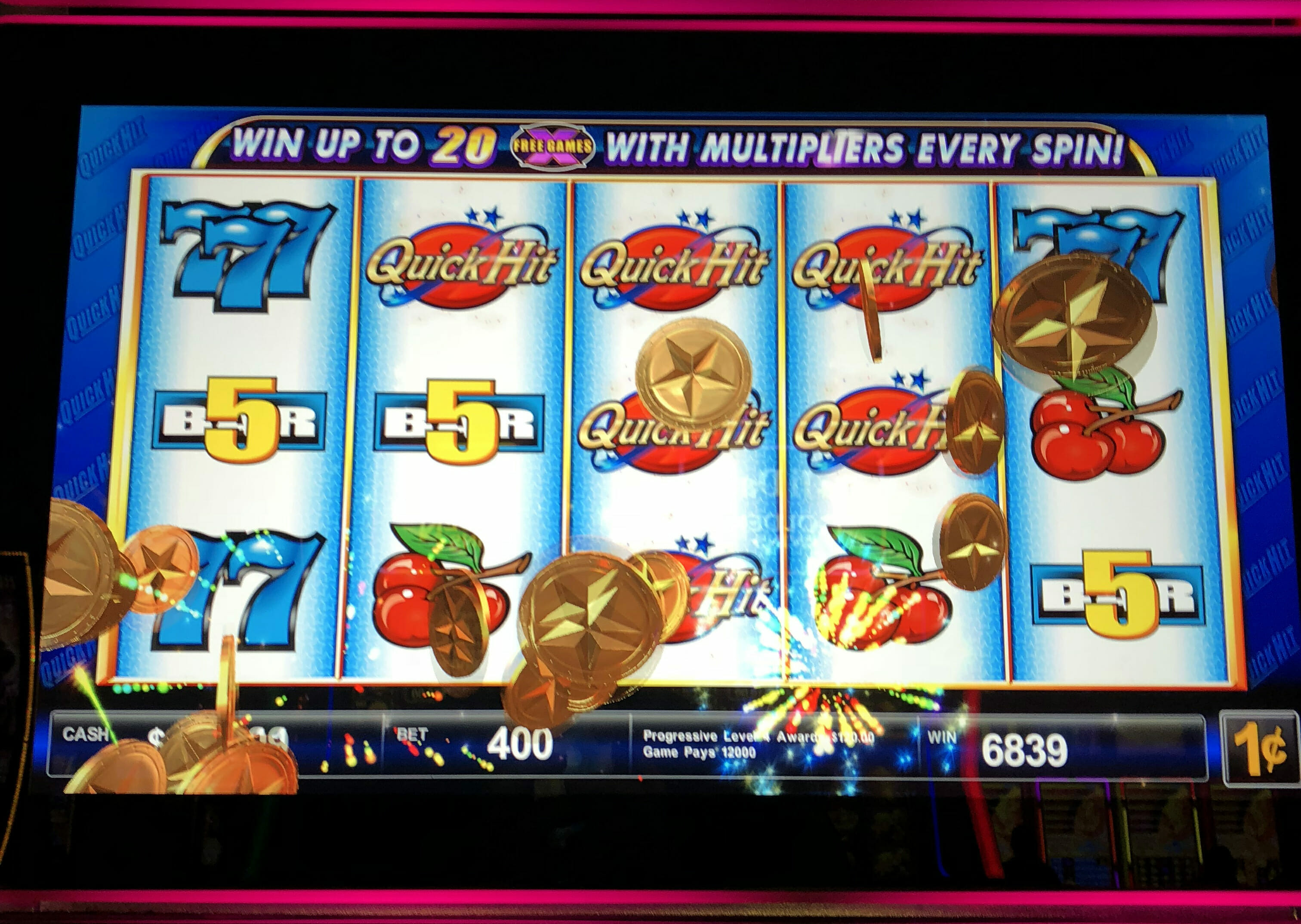 One of the important things to understand about slot payback is when max betting is a crucial part of the decision to play a game. For some games, if you’re choosing to not max bet, you’re making a decision to not accept the full payback opportunity of the game, and you might be accepting a lower payback percentage at your bet level.

One such machine, which has a long and fabled history, is the Quick Hit line of games. In this article we’ll briefly discuss the Quick Hit mechanic, and then why max betting is generally the recommended advice. We’ll also share with you how you can tell if a Quick Hit machine won’t penalize your for not max betting.

An Introduction to Quick Hit

On most Quick Hit games there’s 5 reels, and the Quick Hit symbols are arranged in a 1-2-3-2-1 configuration so you can land up to nine Quick Hit symbols on a single spin. (While a couple of games deviate from this, generally speaking the Quick Hit Pro machines being the exception, the vast majority follow these rules, whether mechanical reel or video.)

Why Quick Hit is Generally a Max Bet Game

The jackpots are generally why Quick Hit is considered a game you should always max bet. The five progressive jackpot increment at every bet level, across one or a bank of machines depending on the configuration, but you can only win the jackpots if you bet the maximum bet, which can vary based on the game type and the casino’s configuration of the game. The starting jackpots are generally proportional to the max bet, so higher max bets mean higher jackpots.

If you bet less than the max bet, the payout is equivalent to a percentage of the starting progressive jackpot amount, but without the extra bonus the progressives provide at max bet. Here’s an example, using the picture above, which was from a $1.50 Quick Hit 5-physical-reel machine:

This pattern repeats for all five jackpots, and so when max betting there’s a premium earned whenever five or more Quick Hit symbols appear.

When Max Betting is Not Required

So now that we know that Quick Hit has max bet jackpots, why would you not max bet and get that premium? Because sometimes casinos turn that premium off. This is most frequently seen in markets where the bigger casino chains operate, such as Las Vegas and Atlantic City, but I did see it at MGM Springfield in Massachusetts too.

In those instances, the top box will show fixed jackpots that don’t progress. So that five Quick Hit jackpot doesn’t budget from its $15 starting point, the six Quick Hits at $75, if we stick with the example game pictured earlier.

At that point, the payouts are identical proportionally to your bet as the other levels – there’s no longer a premium for betting the maximum on this game. So you should no longer feel obligated to play the game at that level should you not want to.

…or Should You Play Them At All?

In every instance where I saw fixed progressives, not all machines had that setup, even at the same bet level. So it’s always worth doing a bit of machine comparison shopping.

Do you have a favorite Quick Hit game? Have you ever hit one of the bigger Quick Hit progressives? Share your experiences below!